After a recent survey showed more than half of British adults are concerned about online fraud, Sophie Proctor outlines how to help festival fans steer clear of scammers 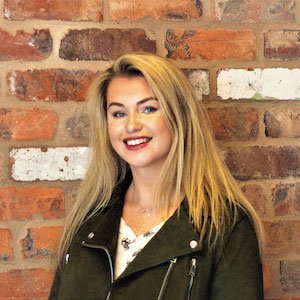 We all know the planning that goes into organising a festival is huge – and how satisfying it is when you see everyone who’s bought tickets having an amazing time. So having to turn away someone because their ticket is a dud isn’t what you want – it wastes your time and their weekend is ruined.

It’s therefore important to make sure the tickets people are buying to your festival are safe and genuine. A recent survey by NatWest found over half of British adults online are concerned about being a victim of online fraud. With festival season well and truly upon us, helping to build awareness around safe ticket sales is important to make sure everyone has a great time and your event runs as smoothly as possible on the day.

Here is a quick rundown of how you can ensure a safe ticket sales process for your festival.

How do these ticket scams work?
ActionFraud reported over 21,000 people have fallen victim to a ticket scam in the past three years, resulting in £17 million being lost to ticket fraudsters. So how do they work?

Fraudsters will take advantage of festivalgoers by offering heavily discounted tickets, making the opportunity seem too good for them to pass up on. They might even sell a genuine ticket, but the ticket never gets delivered.

Using social media, they can reach a wide audience if they use the right tactics and promote their fake ticket sales website. Social media has additionally given independent scammers the opportunity to sell fake or completely non-existent tickets, and then delete the profile once the money has been sent. Using online banking has also enabled scammers to ask for money to be sent to their account straight away, with no need for face-to-face meet-ups to check if the ticket is genuine.

How do differentiate between a tout and a scammer?
While a tout might send a ticket that’s the real deal at a very inflated cost, a scammer doesn’t send the ticket at all, or sells a dud. Touts aren’t illegal like ticket scammers are, but resell festival tickets for well above face value in order to make a large profit. These can be sold on secondary ticketing sites, on their own websites or even the old-fashioned way: by lurking outside festival entrances.

What advice should you give on your website?
Including a section on your festival’s website encouraging festivalgoers to only buy tickets from trusted sources can go a long way.

As a lot of fraudsters advertise tickets for festivals which are already sold out, make sure you’re being clear – not only on your website, but on your social channels when you’ve sold out of tickets. Also offer helpful advice if your festival has sold out, such as guiding people to genuine websites which offer a ticket return and resale service for fans who can no longer go and people who want to.

Encourage everyone to buy tickets from your festival’s website, and make it clear why. People might think they can snap up a good deal from a secondary source, but let them know why this might not always work in their favour.

Including this on your website helps build a level of trust with the public, especially for smaller and up-and-coming festivals. It’s important to let them know you don’t support touts and want them to buy tickets safely, so everyone can have an incredible festival season.

Sophie Proctor is a content marketing executive at Performics.