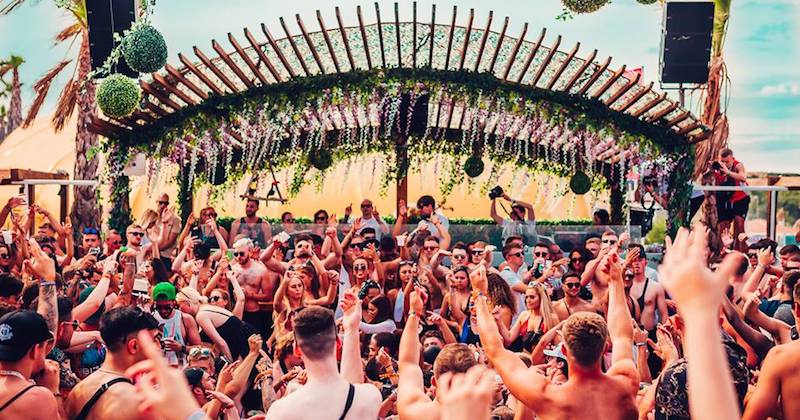 A British festivalgoer has died and two others have been injured in a brawl at Hideout music festival in Croatia. The victim, who has yet to be named, was found on Zrce beach early on Wednesday morning. Local media reports the incident was drug-related.

The death is thought to have been the result of a fight between two groups of British tourists. British news website the Sun Online reported the attacker, thought to also be British, was being hunted by police after being caught on camera.

Today, local news has reported that police have arrested a British citizen at Split Airport, who fits the description of the suspect. Pictures from the crime scene show forensic teams working behind police tape on the now deserted beach.

Since the incident, festivalgoers have spoken to media to describe what they witnessed. Speaking to the Sun Online, one guest spoke of seeing a “trail of blood” and the victim “with his back covered in blood”. He continued, saying that the DJ stopped playing mid-set and told everyone to leave because there had been a “very serious incident”.

In a statement on their Facebook page, Hideout Festival, which is owned by the UK’s second largest festival operator Global Entertainment, has expressed sadness at the turn of events. It says: “Following an incident involving a group of young men at Zrće Beach early this morning, one man tragically lost his life.

“We are giving every assistance to the investigation and our thoughts and condolences are with the family and friends of the people affected. As always, we are working closely with the local authorities with the safety and security of everyone on site as our top priority.”

The Foreign Office has said it is already working with the victims of yesterdays events. A spokesperson comments: “Staff from the British embassy in Zagreb are supporting the family of a British man who died following an incident in Novalja, and are in contact with the Croatian police and the state attorney.”