5 iconic London music venues that have been saved from closing 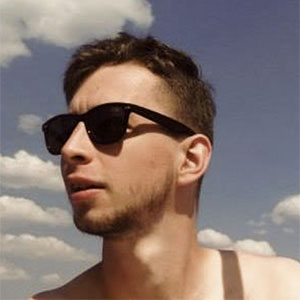 The Independent suggests that about 40% of London’s music venues closed in the years between 2004 to 2014. London activists say that the reasons for the closures include disproportionately tough licensing scrutiny, soaring rent prices and property owners who aggressively develop urban space with zero regard for the cultural institutions they’re trampling on. In other words, gentrification is doing a number on London’s safe, cultural spaces.

Londoners are still up in arms about this issue, because apart from giving musicians opportunities, these venues also provide spaces for local communities to interact. They’re not just crucial to London’s grassroots music scene, but also to its formation of public opinion.

Thankfully, not all of London’s public musical and cultural hubs have had to face permanent closure. Despite the challenges that have rattled them over the last couple years, many of these venues have survived the closures and continue to give musicians and communities safe spaces for collaboration.

The Roundhouse, Dagenham
Founded in 1969 as the Village Blues Club, this house of blues-rock regularly featured bands like Led Zeppelin, Pink Floyd and Velvet Underground until it closed in 1975. Then, in 2007, a documentary about the club’s heyday rekindled people’s collective nostalgia, prompting former club regulars to hold several reunion concerts at the location. In 2015, the Roundhouse Dagenham was reopened as Barking and Dagenham Council saved the venue from demolition by granting it an asset of community value, or ACV. Since then, Londonist reports that the venue has become home to the many tribute acts that pay homage to the deep influence of blues and rock’n’roll on the city of London.

The Garage
Back in the 90s, the Garage was where up-and-coming acts played right before they went on to sell out large theatre and stadium gigs. It’s a space that caters to various genres, with acts like Talib Kweli, Wiley and Rotimo performing on the main stage. As the gentrifying crisis of closing London music venues loomed around 2007, the Garage went through different owners who failed to maintain its relevance. It looked like the once famous music venue would be forced to close. But in 2016, famed venue managers DHP Family took over the venue and gave it an overhaul. They even converted the street level bar into a retro cafe that serves craft beer and cocktails. So far, the Garage’s new cafe-by-day, club-by-night strategy seems to be holding up.

Fabric
Since 1999, Fabric has been a known hub of EDM not just in London, but also across the globe. Financial difficulties forced it to go into administration in 2010, and in 2017 police took away its licence after illegal activities were reported. But after a strong public campaign by fans of the venue and some of the biggest names in EDM, the ‘Save Fabric’ campaign raised enough money to prompt Islington council to allow the club to reopen its doors. Supporters of the campaign also said the closure of Fabric was just an excuse to develop other city developments. Today, Fabric remains one of the most important EDM venues in London.

Royal Vauxhall Tavern
What used to be part of Vauxhall Pleasure Gardens way back in the mid-1800s opened in 1975 as the Royal Vauxhall Tavern. Since then, it’s provided a stage for London’s burgeoning drag and cabaret scene. In fact, RVT is known as the oldest surviving LGBTQ venue in the city. In 2014, it was sold off to property developers, prompting London’s public to defend the continued use of the venue as a hub of LGBTQ culture. Finally in 2015, the RVT was given grade-II status as the UK’s first building to be recognised as a National Heritage Site for its contribution to the country’s LGBTQ community.

Passing Clouds
Passing Clouds is a historic community-run venue that was closed by property developers, to which East London’s live music community responded with vigils and other protest actions. In 2016 30 London clubs temporarily shut their doors in support of their fellow music venues, including Passing Clouds, which were under threat of permanently closing. Today, its future is still very much contested by the council, who wants to reopen the location as a “hub for music activities”, and Passing Cloud’s fanbase, who want the venue to keep functioning as a non-commercial cultural space for the community. East London is one of the capital’s most culturally diverse areas, and there are lots of things to do in London’s East End aside from music. The area is home to many other public congregation venues like the world-famous Brick Lane market and Queen Elizabeth Olympic Park. This is part of the reason why east London residents have a strong sense of community and are willing to defend its public spaces.

If you are in London, show these venues, and others, your support. This will ensure that the city’s amazing music scene doesn’t die out due to corporate greed.

Alex Smith is music journalist who covers London and the surrounding area. He believes that music journalism is vital to the support of upcoming bands, and hopes that his articles will encourage more people to visit music venues and experience live music.