Why a city without song is no city at all 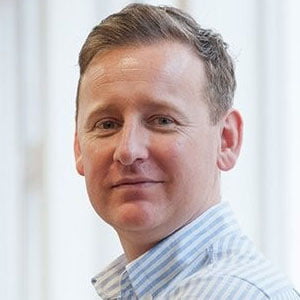 A music industry conference and a commercial property business may not seem like the most obvious of bedfellows, but our decision to support this year’s Sound City+ felt like the most straightforward and natural decision we’ve made for some time.

Our business is built on the enduring strength and power of cities, which in turn are built not of bricks, concrete or steel – they’re just the physical mechanism by which things work – but of people and their music, dancing, laughter and art.

Northern musical powerhouses such as Liverpool, Leeds and Manchester echo to their own unique sound, and the way those places have evolved physically and socially is in no small part down to the evolution and endurance of their live music scenes.

Culture in any form is fundamental to the wellbeing of a place. Without it, we are left with just building materials and a clutch of fancy lights.

It’s no coincidence that the cities revered as the world’s greatest are all bursting with cultural influence, from Barcelona and Paris to Rio and New York.

Therefore, it’s crucial that we as a collective don’t take that cultural heartbeat for granted and assume it will survive no matter what we do – or, worse, believe it will thrive even more if money is thrown at it.

Taking a short-term approach rarely has a meaningful, positive impact on an area. Instead of taking a narrow view and asking, “What can we get out of this specific plot, building or project in a defined period?”, developers should ask, “What does this space mean in the wider picture; how do we make sure it’s still a success in five or ten years’ time?”

No developer or agency should work in isolation or automatically make their own needs and ambitions distinct from those of the neighbouring community or wider city region.

This is especially true in up-and-coming locations, where a developer might be tempted by higher margins if the timings allow. There are countless examples where development activity could have been done more holistically and therefore avoided lasting damage to an area.

It’s often a double blow because live music and arts venues are invariably the early casualties when short-sighted development takes hold. Have you ever been to a good city that didn’t have live music at its forefront?

We believe in an approach where our buildings and our customers become part of the community and we work together to create somewhere that grows with, not against, an area.

Have you ever been to a good city that didn’t have live music at its forefront?

When we’re enthusiastic about a place, we don’t want to take it over – we want to join in!

It’s no secret that the creative and digital communities are now commonly the main drivers of economic growth in emerging areas.

That’s why we take a particular interest in these sectors, as evidenced by our recent support of the Liverpool Binary Festival or the long-running Bruntwood Prize for Playwriting, which is the UK’s largest playwriting competition. It’s also why supporting this year’s Sound City+ was so important to us.

What do we get from those efforts, apart from really cool friends and tickets to all of the best events? The answer is genuine long-term engagement founded on trust, mutual respect and personal relationships. It’s why we’ve continued to grow for 40 years and are one of very few independent, family-owned property businesses in the UK.

From a recruitment perspective, it also helps us to attract the industry’s best emerging talent and experienced colleagues who think the same way as we do: that a city without song is no city at all.