How the worlds of ticketing and blockchain intersect 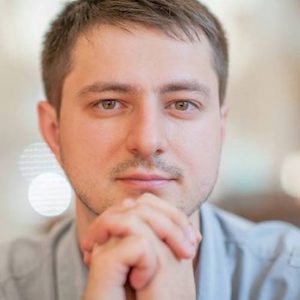 Recently, Softjourn attended the Ticketing Professionals Conference in Birmingham, UK, where our blockchain expert, Lyubomyr Nykyforuk, spoke about the intersection of blockchain and ticketing. A couple of years ago, our clients began to show keen interest in blockchain. Since then, we have built blockchain ecosystems and worked with clients to define appropriate use cases for their industries.

What blockchain is
Lyubomyr described blockchain as a “decentralised, immutable database” or a “distributed, unforgeable ledger.” Distributed means there is no central control unit, such as a bank, that approves or declines transactions. Instead, decisions are made by consensus of a network of computers. Because the database is public, everyone can see what is inside a block and ascertain that it is real. There are also private blockchains with a built-in access control layer, which means that participants control who can join the network.

What blockchain is not
Blockchain provides the technology for cryptocurrency transactions, but its use are far broader than those of digital currencies. It is not bitcoin. Blockchain is a tool for building an exciting array of business solutions. It is not a product. Blockchain complements distributed database technology with unique features, such as data immutability and transparency, but it is not a distributed database replacement.

Blockchain v2: smart contracts
Blockchain v2 now permits writing programmable complex scenarios – smart contracts – a significant improvement. These contracts work with digital currencies and other assets as well. In the ticketing environment, they alIow us, for example, to refund all tickets if an event is cancelled, control distribution of comp tickets or limit the resale price to no more than 50% more than the original price. The possibilities are endless.

Three blockchain use cases in ticketing

1. Complete Ethereum-based ticketing systems with their own cryptocurrency
This use case is a deep, resource- and budget-intensive blockchain integration. The core is based on smart contracts, which regulate workflow from event creation to check-in. The system offers its own digital currency that is used for event publication, ticket sales, resale and exchange. Currency tokens are sold during the initial coin offering (ICO), which is a great way to raise funds without sharing company ownership. People send money—usually bitcoin or ether—and receive your currency tokens.

In this use case, users must download a mobile application to establish identity. After paying, system tokens are transferred to a user’s wallet and a smart ticket is linked to a user’s account. Both these state changes are registered. At the event, the system contract activates all smart tickets, delivering the QR codes needed for entry to verified phones.

Some systems talk about building an open protocol to unite ticketing market stakeholders. If that happens, many different ticket sellers can transparently use a shared pool of tickets. Using blockchain to build an open protocol makes sense, because it creates a network of business users, which enhances blockchain’s value.

2. Blockchain tickets in existing ticketing solutions
A ticket buyer must download a mobile wallet to see a ticket. As in the previous use case, the ticket is a digital asset and transforms itself from a token ID to a barcode under predefined conditions (eg the buyer is in the gate area before the event start time). This prevents listing the ticket on the secondary market.

At Softjourn, we developed a POC based on IBM Hyperledger to verify that this use case was achievable in a reasonable timeframe with a small team. We implemented an API to import ticket data into the blockchain. There, a smart contract sets rules for ticket transfer. We also developed a mobile application that shows authenticated users their tickets and allows them to transfer them to other users.

3. Blockchain add-on services to a ticketing system
In this use case, you move tickets, sold by an existing solution, into a blockchain ecosystem, transforming them into a digital asset the system can control. We have also worked on an add-on blockchain loyalty app that can be used by venues or event organisers to reward ticket buyers. For example, the app can offer customers coins during initial purchase that they can use to redeem a discount offer—such as a meal at a nearby restaurant—on the next purchase. The idea is to allow partners with complementary products or services to join the network.

Conclusion
Demand for blockchain-based services is rising, and the technology is maturing rapidly. Potential applications are almost unlimited. At the moment, several are either still in the development stage or in beta testing. With more money invested in blockchain-based startups, consumers should not be surprised to see distributed ledger technology (DLT) services and products becoming mainstream in the near future.

Lyubomyr Nykyforuk is project manager and ticketing lead for Softjourn. He is a passionate ticketing professional, curious learner of new technologies and PMP certified project manager with more than 11 years of ticketing experience.