As pressure mounts for a crackdown on plastic waste, Live Nation, Global and AEG tell IQ plastic straws will not be welcome at their events this summer 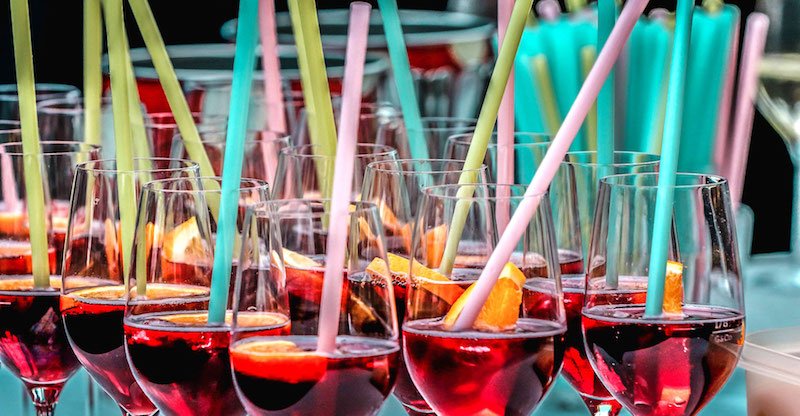 The major UK festival operators have told IQ their events will be plastic straw-free this summer, following an announcement by ministers earlier this week Britain is set to ban the sale of plastic straws, drinks stirrers and cotton buds in a bid to combat environmental damage.

Festival Republic, Global/Broadwick Live and AEG/Goldenvoice join Mama Festivals and the Association of Independent Festivals (AIF) in committing to eliminating plastic drinks straws as of this festival season, as awareness grows of the plastic pollution crisis affecting the world’s oceans. (An island of floating plastic waste in the Pacific ocean – dubbed the ‘Great Pacific Garbage Patch’ – is now twice as large as France.)

Live Nation’s Festival Republic, whose UK portfolio includes Download, Wireless, Community, Latitude and Reading/Leeds, yesterday announced a host of new green initiatives across all its UK events, which follow an existing ban on single-use plastic cutlery and containers from its traders, caterers and bars which has been in force since 2009.

Existing partnerships with Greenpeace UK and Friends of the Earth Ireland remain, while all plastic bottles bought at Festival Republic events are now subject to a refundable deposit designed to encourage recycling. The scheme started with water bottles in 2009 and has expanded to cover all plastic drinks bottles, with Greenpeace volunteers operating bottle deposit return points at the 2018 Download, Community, Wireless, Latitude, RiZe and Reading and Leeds festivals.

In addition, only re-usable straws, such as those made of biodegradable plastic, wood or paper, will be allowed into Festival Republic events as of this year.

“Festivals inspire change in people, so we just need to take the steps collectively”

“Environmental issues have always been a focus for us across all Festival Republic shows,” Melvin Benn, managing director of Festival Republic, explains. “Our aim is to not only implement schemes to minimise the use of plastic on site, but to educate our audiences at the same time. Whether that’s through our long-standing ban on single-use plastic across all food traders since 2009, or working in partnership with Greenpeace UK on the introduction of our deposit return scheme for water bottles in 2009 and all bottles in 2016, we’re ensuring that our waste reduction and recycling rates improve year on year.

“Recycling and single use plastics are only a small part of what we do to be more economical and environmentally friendly.”

“Plastic straws will not be available at any Broadwick Live festivals this summer,” confirms a spokesperson.

Over at AEG – which is gearing up for its first summer as sole tenant of east London’s Victoria Park – meanwhile, leading exec Jim King says the company is striving to minimise the environmental impact of its UK festivals, which include All Points East in Victoria Park and British Summer Time in Hyde Park, as well as a rumoured new event in Knebworth Park.

King, AEG Presents’ executive vice-president of live music, tells IQ: “Clearly, any move towards reducing plastic pollution is to be welcomed and supported.

“AEG works hard to ensure that our events have as minimal an environmental footprint as possible – and, for example, we will no longer be using plastic straws at festivals including British Summer Time Hyde Park and All Points East.”

As a result of all three companies committing to a plastic straw ban, both corporate and independent festivals in the UK are united on minimising the environmental harm caused by single-use plastic.

“There’s loads that festivals can do to design out disposable plastics such adopting reusable cups, banning drinks sales in plastic and encouraging festival goers to bring re-fillable water bottles,” says Chris Johnson, co-founder and operations director of AIF member Shambala Festival. “Festivals inspire change in people, so we just need to take the steps collectively and create the new normal – a better normal.”