Awards all round for Arcade Fire SSE Arena shows 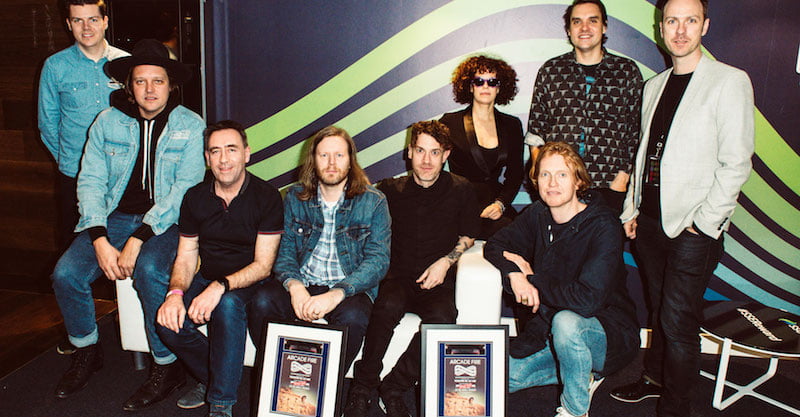 Arcade Fire have been presented with award frames by the SSE Arena, Wembley, after last week’s sold-out three-date run at the London venue.

The Canadian act played three nights in the round at the 12,500-cap. arena on 11, 12 and 13 April, for which they were gifted plaques by SSE Arena Wembley vice-president/GM John Drury and bookings manager James Harrison.

Over the course of the three-night run, part of their Infinite Content tour, the band were also joined by special guests on stage for surprise performances: Chrissie Hynde on the first night, Jarvis Cocker on night two and Florence Welch and Boy George on night three. Boy George’s band, Culture Club, will play a headline show at the AEG-operated arena on 14 November.