An introduction to music cryptos 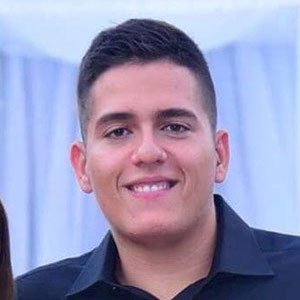 If you had invested $1,000 in Bitcoin five years ago you would be a millionaire by now. It is not too late to get into cryptocurrencies, though, as more than a thousand cryptos have been developed, with many of the most promising coins having applications in the music industry.

Here, we take a look at five of the best and explain what their projects are about.

Voise
Voise is an anonymous decentralised music platform that has a token which makes use of Ethereum’s smart contract ecosystem for transactions. Voise cryptocurrency is an innovative coin for the music industry that allows artists to monetise their music in a P2P marketplace. The artists are allowed to set a price for their tracks, provide sample tracks for free and seek support from their fans and other users on the Voise platform.

The process of selling music by artists and its purchase by users is pretty straightforward. The artist that wishes to sell his/her track puts the digital file on Voise. After the track has been uploaded, it will be published in a P2P network, with the track becoming visible to users. A user can discover relevant tracks and even listen to part of it before deciding to either purchase it or not.

After a user makes a decision to purchase a track, he/she will use voise tokens to complete the transaction. The transaction is made visible on the blockchain. After confirmation, transfer of the funds to the artist’s wallet is done, with a small fee deducted from it.

Musicoin
Musicoin was developed for the purpose of supporting the creation, distribution and consumption of music. Its system makes use of an algorithm that generates a currency called musicoin ($MUSIC). Musicoin uses a special algorithm to support smart contracts which makes it possible for musicians and their fans to exchange value in a smooth environment.

The musicoin digital currency was developed to support global trade in the music industry and other music-related businesses. Musicoin is designed in such a way that it isn’t issued by a single entity. The issuance is done by a network of computers through mining. Smart contracts on the platform are automated and distribute $MUSIC as payment for transactions that occur on the Musicoin platform.

Voxxo
Voxxo is a fast-growing decentralised music platform. Users that hold voxxo tokens have the ability to plan musical events and concerts. This can be done with the using the platform and raising funds via crowdfunding.

The concept behind this cryptocurrency is to empower the music community to raise funds on the Voxxo platform. Voxxo is obliged to return the funds to the initial investors and add some revenues to them as initially agreed after the concert. However, this can only happen if the concert is successful.

Viberate
This music cryptocurrency was developed back in September, with the company raising more than $10.7 million in an ICO crowdsale. This sum, raised by selling the VIB token, was generated in less than five minutes.

VIB tokens are currently worth around $0.15.

Moosecoin
This cryptocurrency allows music users to carry out several activities. For musicians, they can register their music, manage and pay out royalties and execute crowdfunding activities on the platform.
Music lovers, meanwhile, can listen to music legally, donate or invest in a musician or a particular track, all using the moosecoin token. They can also share in the profits for the songs or musicians they invested in.

Moosecoin also allows you to create or connect with a streaming service on their blockchain. You can also benefit from existing contracts or payment services available. Moosecoin has become popular due to the ease of transactions and the almost instant payment of funds.

The platform is designed to make it possible for an artist to create his/her unique business model while giving him or her data insights. Artists are also given the autonomy to raise funds easily to support their project.

The platform is currently working on ways to ensure that every user has the incentive to add value to the system using the moosecoin token.

Conclusion
The cryptocurrencies listed above are some of the top music cryptos currently available in the industry. Each of them has a different design and target but they are all similar in that the platforms make use of blockchain technology to make a decentralised network. They also use tokens that make payment and raising funds much easier for members of the platform.

Amir Gvili is a cryptocurrency expert. He has traded cryptocurrencies for more than five years and is an experienced blockchain programmer. He is also one of the authors of aBitGreedy.com.