Hours of unearthed ’70s footage, along with live performances by Zappa collaborators, will form the basis of Eyellusion's The Bizarre World of Frank Zappa hologram tour 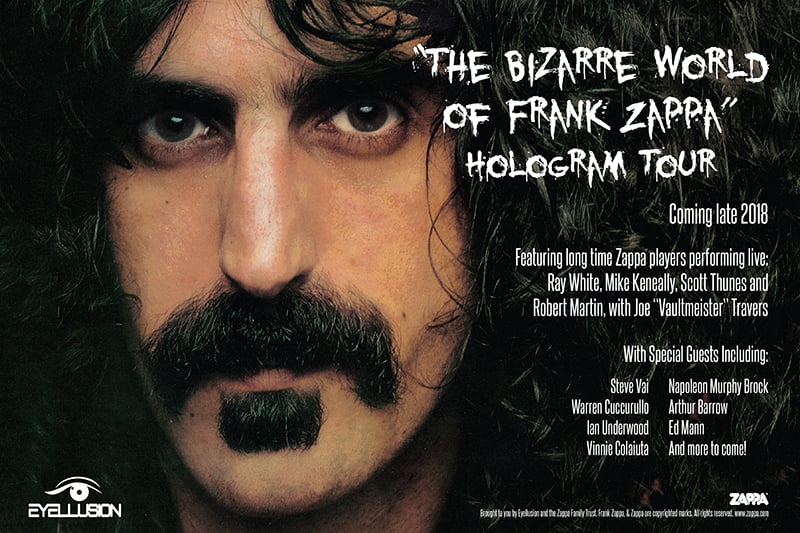