Ticket prices are rising – but it’s all about the experience 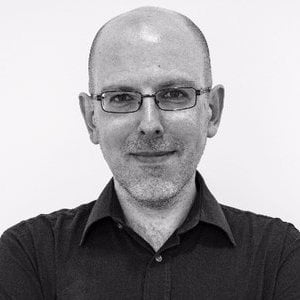 Ian Taylor, head of ticketing and data management at bigdog Live, offers his thoughts on today’s BBC 5 Live report showing ticket prices in the UK have “doubled since the late 1990s”…

While some of the voxpops on the BBC article used words like ‘overpriced’, an equal if not greater number of people called in and said that the acts they’d seen recently were worth the money paid. I think this drills to the root of this – the experience.

There’s acknowledgment that income from recording and sales is down, so many acts are touring more to enhance that revenue deficit. But it’s also true that the actual experience is growing bigger in every sense. The shows are more spectacular, the venues bigger, and filling these with something not seen before isn’t cheap. Plus there’s a business need to pay fairly, to sort staff pensions, pay taxes, etc.

I think it’s easy to say it’s ‘extortionate’ if you personally feel you should be able to see that act but cannot afford that price. And it’s also true to say that the grassroots scene is still very fairly priced and accessible – so it’s really just to the arena and stadium end that this rise is happening.

The shows are more spectacular, the venues bigger – and filling these with something not seen before isn’t cheap

Ultimately, many promoters are indeed lifting prices to offset the perceived losses of the fan-to-fan secondary sites, where none of the revenue paid on higher-priced tickets goes back to the act, and back into the industry. It’s unclear if the prices looked at include booking fees charged by venues – which can add a tasty amount on top in many cases, so, for example, while the act may get £50, the customer may well pay nearer £60 or more.

What it all boils down to is that if people are willing to pay it, then that’s the market ‘bearing’ the price. It’s commercial enterprise.

I paid handsomely for both Fleetwood Mac and Kate Bush in recent years – and it’s the one and only time I expect to see them. Truly a memory to last a lifetime and certainly worth what I paid, as the shows were exceptionally well staged.

Did I get ripped off? Hardly.