Why IEA’s pro-tout argument is a straw man

Despite his Times article focusing on economic theory, Mark Littlewood fails to understand what a ticket is, says FanFair's Adam Webb 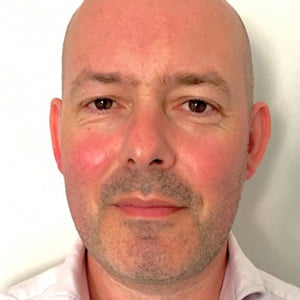 Straw man: An intentionally misrepresented proposition that is set up because it is easier to defeat than an opponent’s real argument.

Mark Littlewood appears to be a well-travelled individual. Once a press spokesperson for the Lib Dems and the Pro-Euro Conservative party, he has since gravitated to more libertarian circles, currently serving as director-general of free-market think tank the Institute of Economic Affairs (IEA).

No shrinking violet when it comes to topics of controversy, in Monday’s edition of the Times, he waded into the secondary ticketing debate – claiming that measures to curb resale are an affront to basic economic reality, standing up for Viagogo, StubHub and Get Me In! (“companies [that] seek to match up those who have tickets with those who place a higher value on them than their current owners”, as he generously describes them) and harking back to ancient times when ticket touts served the gladiatorial arenas of Rome.

Back in the mists of time, when he was still talking to media and the outside world, this selfsame argument was frequently rolled out by Viagogo’s founder Eric Baker.

But Mark goes on. Preventing the resale of a ticket or controlling its artificial “face value”, he says, is as ludicrous as capping the price of an original Superman comic from 1938 (cover price then: 10¢; collectors’ price now: $3m). Yes, you could give “poorer people” free entry to the theatre or the opera, but other tinkering is simply against principles of natural economic law.

This all sounds quite convincing. Even non-economists understand the concept of supply and demand. And as we ourselves highlight in FanFair’s guide for consumers, every show has a finite capacity; online retail allows for masses of transactions; and, sometimes, you can genuinely miss out. To paraphrase Morrissey, some tickets are more valuable than others.

That doesn’t mean, of course, that such in-demand tickets must inevitably be resold to the highest bidder in an ‘open’ market and at their ‘true’ market price. And this is where Mark’s argument begins to unravel, as it appears to be based almost solely on a private member’s bill initiated by Sharon Hodgson MP that looked to introduce an across-the-board 10% cap on ticket resale. It’s an idea that retains strong support, but one that Sharon initially raised in 2011. The idea is not currently on the political table – in the UK, at least.

To say that Mark is making a straw man would be a disservice to scarecrows. This is a construction of Wicker Man proportions – albeit closer in spirit to the shonky Nicolas Cage remake (“Not the bees!”) than the grandeur of Christopher Lee in the 1973 Hammer original.

Aside from focus on proposed legislation that’s as dead as Lord Summerisle’s crops, Mark and his IEA associates also studiously ignore all recent progress to make ticket resale work more efficiently and effectively. This has been substantial.

The broad cross-party support to tackle large-scale online ticket touting. Following the campaigning work of MPs like Sharon Hodgson and Nigel Adams, government has made this a priority issue, with new and beefed up legislation soon to be activated.

A spate of arrests by National Trading Standards.

The inconvenient truth is that rather than being matchmaking platforms, the ‘big four’ resale sites are dominated by large-scale commercial sellers. Contrary to their slick marketing campaigns, these are not ‘fan-to-fan’ marketplaces. The are predominantly tout-to-fan exchanges, geared to assist those who harvest and secure tickets in bulk. That’s why StubHub publishes its Top Seller Handbook.

On top of that you can throw in the horror stories and experiences from victims of secondary ticketing all over the world – particularly from Viagogo customers. FanFair has accumulated quite a few of these. Claire Turnham from the Victim of Viagogo campaign has literally thousands.

In a nutshell: Mark needs to catch up.

Also missing from his expert analysis is an appreciation of how the market is evolving, and in many ways improving.

Viagogo, StubHub, Seatwave and Get Me In! were all once touted (sorry) as the future. But that was a decade ago. Their shared and supposedly “disruptive” business model has been superseded by a new generation of secondary services, focussed on helping sellers recoup their costs, not drive an eye-watering profit. Meanwhile, artists as diverse as Ed Sheeran, Adele, Iron Maiden, Mumford & Sons, Catfish and the Bottlemen, Radiohead, Chance the Rapper and Biffy Clyro have all developed strategies to shut out the touts.

Above all, for an article focused on economic theory, Mark simply misunderstands what a ticket is. Study the the terms and conditions at any major event and it will typically state that what you have purchased is a “personal revocable licence” or words to that effect.

And contrary to Mark Littlewood and the IEA, a ticket is definitely not an 80-year-old Superman comic.