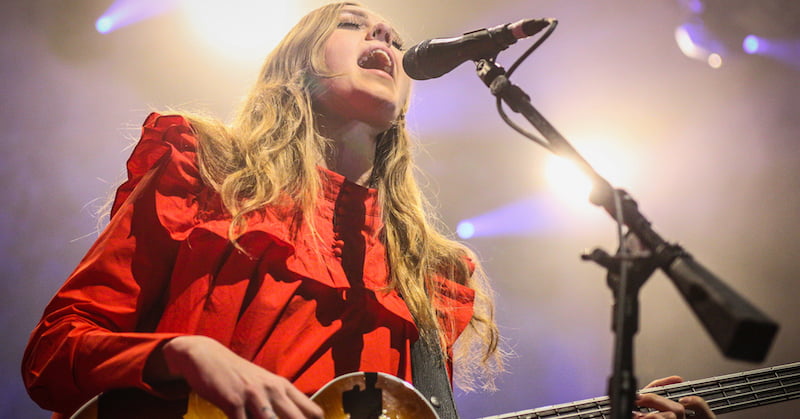 This summer’s Cambridge Folk Festival – its first year twinned with US cousin Newport Folk Festival – has the strongest line-up in the festival’s 54-year history, according its operations director.

Neil Jones tells IQ the recruiting of big-name headliners such Patti Smith, First Aid Kit and John Prine is a key part of widening the appeal of Cambridge Folk Festival (CFF), which launched in 1965, and ensuring the venerable event is still around in another six decades.

“After the 2016 festival we realised need to restructure,” Jones explains. “We’ve sold out consistently for 23–24 years, but we were reliant on the same audience – and while we’re not trying to build a new audience to replace them, it became clear we needed to widen that audience.”

Part of that, he says, is through the line-up – now outsourced to Killer B’s Bev Burton (also booking the new Black Deer festival) – which this year is the “best yet. We’re really pleased with it – it’s a really, really strong year, no doubt.”

“The core [audience] know us and love us, and in the past I think we’ve been guilty of preaching to the converted,” Jones continues. “But we knew we needed to widen our appeal. Part of the PR brief for this year, for example, was to get featured on [youth-focused digital radio station] 6 Music – and 6 Music-type listeners are now booking in their droves.

“It’s not lost on us that some people think Cambridge Folk Festival isn’t for them – but we think it is, and they’d find it really cool. It’s about debunking some of the myths, and saying to people, ‘You might not think the festival is for you, but it is.’”

CFF’s push for a new audience is a two-pronged strategy – in addition to diversifying its programming, the festival is renewing its focus on the visitor experience, Jones says: “People say, ‘What makes a good festival?’, and for me, it’s the people. It’s not just about the acts on stage; it’s the people at the heart of it who are pivotal.

“One of our USPs is that we’re the only festival who encourages people to bring instruments with them, and it’s great when you walk around the site and see people just jamming everywhere…”

CFF last July announced its ‘twinning’ with a similarly illustrious folk music event, Newport Folk Festival in the US, for 2018 – a partnership that will involve the two festivals sharing ideas and jointly nurturing new folk talent, and which Jones describes as a “match made in heaven”.

“We’re really excited about the Newport Folk Festival partnership,” says Jones. “They’re really the US equivalent of CFF – we were set up by an ex-fireman working for the city council [Ken Woollard] who’d seen a documentary on Newport – but we’d never said hello to them, so we reached out with a quick email from this side of the pond.

“They said, ‘It’s so great to be in contact, we’d been meaning to do the same!’

“We share lots of same objectives – we’re both competing against the Live Nations and AEGs paying top dollar, with their massive exclusion zones, and we’re both extremely focused on talent development. Partnering with Newport is a way of doing that: pointing us towards that new talent, while also being fiercely independent, in the grand folk tradition of kicking back against the man!”

While most festivals which have sold out every year for the past two decades would be looking to expand, Jones says that, despite CFF’s mission to grow its audience, the festival will remain at its existing 10,000-cap. site at Cherry Hinton Hall, south of Cambridge, for the foreseeable future. “We’ve been too big for a number of years, actually,” he concludes. “It’s a very small, tight site, and of course demand massively outweighs the supply of tickets.

“It’s like Glastonbury: If they increased capacity they could sell more tickets, and it’s the same for us.

“But so much of the charm of the festival is in its location – and if we moved to a large greenfield site on the edge of the city, we’d lose that charm.”