The value of a strategic mindset

A little courage can kick-start an international career, writes Simeon Pranger, the 22-year-old founder of the Netherlands' Treetop Agency 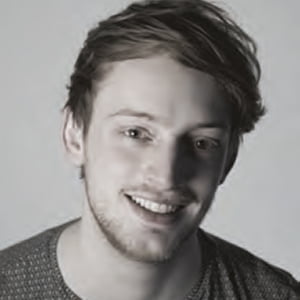 Music management qualifications are not a guaranteed road to success in the music industry. With dozens of young creatives entering an already saturated jobs market each year, it takes the perfect combination of (academic) knowledge, insight and entrepreneurship to get a foot in the door of the music industry for any graduate.

At 22 years old, I am fortunate enough to work with and represent amazing talent from all over the world. How? The key word is ‘strategy’.

Walking through the doors of the Utrecht School of the Arts for the first time, in the autumn of 2013, I saw many of my peers immediately finding bands from the local scene to work with. Naturally, I did the same. However, I soon felt my work didn’t do the band justice. The network I was creating consisted solely of bars and amateur festivals, and therefore would never earn the band or I a living. This needed to change. But how?

The answer came to me at Sziget 2014 in Budapest when I saw New Zealand-born singer-songwriter Thomas Oliver play his first-ever European show. On the hunt for a physical copy of Thomas’s music, I ended up talking to his manager at the time, Cushla Aston (Aston Road), and something clicked. I introduced myself as a booking agent – which I definitely wasn’t yet. And this was something she definitely knew.  I told her that if they had any plans to tour the Netherlands I was happy to get involved. Long story short: in early 2015, Thomas Oliver was the artist for whom I booked my first ever tour.

So, I had to book a tour for a still unknown musician from the other side of the world with basically no valuable connections – let’s go! Looking at the tour schedules of similar artists, I quickly generated a list of venues to approach. However, many turned out to be a little too ambitious, so I came up with an alternative plan: I figured that by booking shows in irregular venues, like churches and factory halls, the atmosphere would add promotional value to the shows. This especially turned out to be true outside of cities – in villages where not many international artists pass through – resulting in a full house at almost all of his shows.

“Figure out what part of the industry fascinates you most, analyse the necessary steps to get involved and take the risk”

Treetop Agency was founded a month later, and from then on I kept an eye out for international artists whose music I enjoyed but who had not yet toured the Netherlands, hoping to add a couple of dates to their schedules. Earning the trust of experienced artists, managers and agents early in my career, I quickly introduced myself to the country’s top venues, too, while avoiding the bar scene mentioned earlier. This way, I managed to put on hundreds of shows while still in school, the revenues of which I reinvested by visiting showcase festivals to keep the ball rolling.

Having received my bachelor’s degree in June 2017, I now represent 20 artists from ten countries. My interest in finding ways to add promotional value to shows has slightly shifted to a fascination for the promotional spiral in which recorded and live music can catalyse each other. The combination of live shows being the main source of income for most artists and the promotion of live shows being strongly dependent on the results of the recorded music industry (and vice versa) inspired me to investigate the best possible balance and timing to create a solid foundation for success. Working closely with artists’ management, I now focus on creating elaborate development plans for Treetop artists to gain momentum in the Netherlands and beyond.

With the network and reputation of Treetop Agency in the Netherlands still growing steadily, more artists are asking me to get involved in the coordination of their European tours and promotion. The future will see a focus on not just expanding the network of promoters, but also of booking agencies and record labels throughout the continent, hopefully turning my passion for live music into a career as an international agent.

With an estimated 50 years to go before retirement, there’s plenty of time for me to dream big. This is my personal advice to anyone starting in music management, school or no school: figure out what part of the industry fascinates you most, analyse the necessary steps to get involved in it and take the
risk.

With a clear strategy and just a little bit of courage, you might just secure your spot in the market.