Why championing independent venues is a cause worth fighting for

Ahead of Independent Venue Week 2018, Skiddle's Jimmy Coultas implores the UK live music business to stand up for grassroots venues 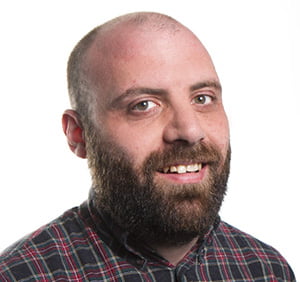 Skiddle is one of the UK’s most innovative and high flying primary ticketing platforms, specialising in music events across festivals, clubs and live music and gigs. Ever since we began in 2001 we’ve been about celebrating and championing every type of event and promoter, whether a six figure-attended festival or a pub-rock showcase, promoting the catch-all power as music as one of our key principles. It’s this belief which has been the bedrock of our decision to sponsor Independent Venue Week (IVW).

Our values pretty much dominate the decisions behind what organisations we become involved with. The modern financial climate we live in means we endeavour to find partners that ally closely with what we as a company spend our time striving to do. Two of those beliefs, which IVW showcases in abundance, is support for the grassroots music industry and fairness for music fans.

The most obvious trait of IVW which chimes with what we do is the promotion of the inclusiveness of music. The week aims to get as many people as possible in differing venues, predominantly to help support the grassroots level music across the country and the venues that are the lifeblood. It’s about getting people out and enjoying the visceral experience of live music, irrespective of whether you are a passionate regular gigger or someone who never usually goes to see singers and bands.

We’ve obviously motivated from a business perspective to get more people going to gigs, but everyone who works for the company shares a passion for this most invigorating of practices – and we want the world to revel in the magic power of music.

IVW is jam-packed with highlights across the week. There’s some gloriously eye catching shows, from Frank Turner in Liverpool’s intimate sweat pit EBGBs up to former Supergrass frontman Gaz Coombes showcasing a tantalising preview of his forthcoming solo material at the Cookie in Leicester. And exciting new bands like Skinny Girl Diet and King Creature will be vying for your attention of favourite new band, with tastemakers such as Steve Lamacq also getting behind it.

What better time to show your support for the venues that are the lifeblood of our music scene across the country?

Fairness for all music fans is something that remains a hot topic of the minute, particularly with the proliferation of the debates centered around touting. Extortionate prices create a number of problems, but one of the most damning is the financial drain outside of the business. Your average fan only has a certain amount of money they can budget for, so paying inflated prices tickets means that there’s much less cash to go towards other things, be that paying for music, seeing other bands, merchandise and so on. That’s much needed cash which could be invested in venues, artists and record labels at a grassroots level.

This was one of the motivations behind Re:Sell, an initiative we set up at Skiddle in 2016 to provide a fair solution for secondary ticketing that suits promoters and gig-goers. It’s been a roaring success, particularly with the addition of the waiting list feature – something that saw over a thousand people get tickets for sold-out new year’s eve shows at a fair price from customers whose plans had changed. And there’s no money heading anywhere other than to the people who bought the tickets originally and the music industry itself – something that allows us to get behind IVW.

Luckily the government seems to be on the side of music fans at the minute, with a raft of legislation slowly going against touting and also the Spellar bill now coming into place. That means existing venues won’t be penalised for noise complaints from future property developments, something which has been at the heart of so many venue closures in recent years. With the fightback against those forces that attack our culture now fully in swing, what better time to show your support for the venues that are the lifeblood of our music scene across the country?

So as the week draws in, I implore you to get as involved as possible. Discover a new band, fall in love with a venue you’ve not entered since your youth or just enjoy the thrill of live music again. It’s something we should do more of – and encourage more people to get into – and that’s exactly what Independent Venue Week is all about.

For more information about Independent Venue Week gigs in your area, visit skiddle.com/independentvenueweek.