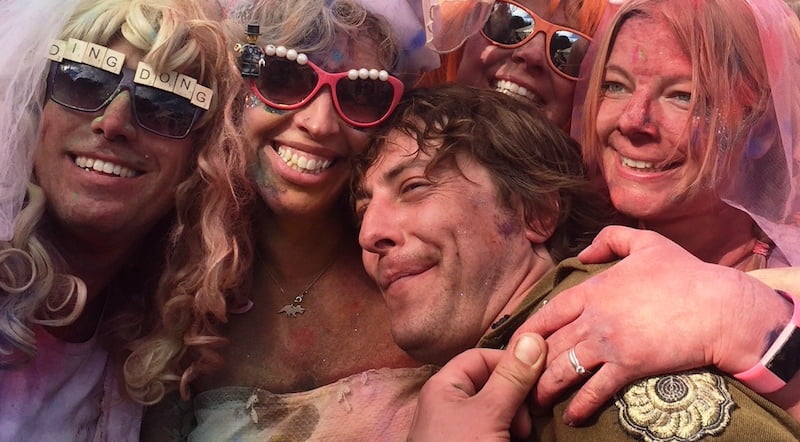 Secret Garden Party founder Freddie Fellowes admitted he was “humbled” to be presented with the Outstanding Contribution to Festivals at the UK Festival Awards at east London’s Troxy last night.

Award directors’ judged that he “held a pivotal role in the formation of the now thriving boutique festival scene”.

Fellowes said: “I feel very humbled by this, and to tell the honest truth, this has been not only an honour and a privilege but also an utter blast to have been a part of. Every year so many people gave so much to make this party and in return got so much back from it. It was beautiful. I’m glad for all of those people that it’s been recognised.”

“This has been not only and honour but also an utter blast.”

A spokesperson for the awards said: “Across its illustrious 15-year tenure, the Secret Garden Party consistently set the creative benchmark for UK festivals – shifting the focus away from big name headliners in order to cultivate an extraordinarily immersive and participatory atmosphere through fantastical set design and meticulous attention to detail. It facilitated a grant system to encourage upcoming artists and acted as a springboard to a whole host of creative people – musicians, installation artists,  performers, chefs, technicians – who have gone on to forge successful careers around the world.

“In addition to pioneering in the creative side of festival organisation, Fellowes has not been afraid to tackle current issues head on. He has been widely commended for being one of the first organisers to sanction MAST drug-testing facilities at a festival, a practice that has since been rolled out across many other festivals and events in the UK. And, with his wife Joanna he has been very vocal about promoter duty of care concerning the issue of sexual assaults at live music events.  He encouraged AIF to set up the sexual safety charter for events.”

The UK Festival Awards are decided by a combination of public vote and industry judges. Previously held at the Roundhouse, it moved to the Troxy for the first time this year. The UK Festival Conference, usually held on the same day as the awards, was discontinued.

Promoter of the Year
In association with Imaginators
SJM Concerts

Agency of the Year
Coda Agency

The Brand Activation Award
In association with CGA
The JägerHaus

Marketing Campaign of the Year
Kendal Calling with Tour.Media

The Innovation Award
In association with Transition Video
The Loop

Concession of the Year
Piecaramba!