Three days after #meNOmore, Dave Cutbush has parted ways with Life is Noise after admitting using his "male privilege to gain sexual favours" 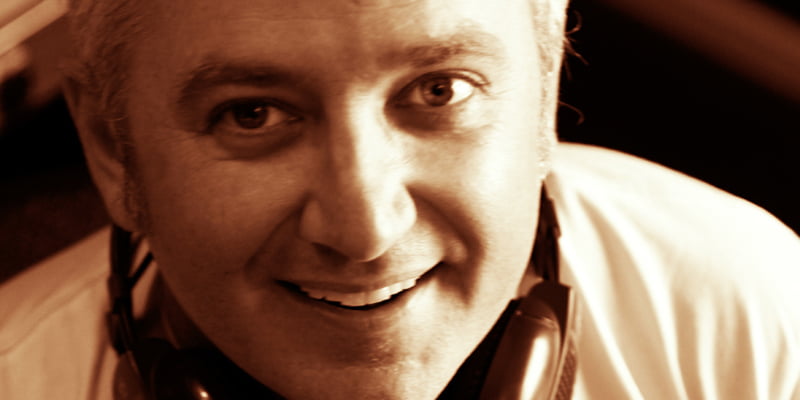 Australian concert promoter Dave Cutbush, a director of independent touring outfit Life is Noise, has been let go by the company after multiple allegations of sexual harassment emerged overnight.

Perth-based Cutbush’s employment was terminated this morning by fellow director Jack Midalia, who runs the Melbourne arm of the business, following a social media post by Sydney-based musician Jason Higson, citing “insidious sexual misconduct and abuse towards women” by an unidentified individual, calling for a boycott of Life is Noise. Screenshots later emerged purporting to show Cutbush asking to hook up with a 16-year-old girl, while another woman – who says she boycotted all Life is Noise shows between 2014 and 2016 – accused the promoter of using “his position of power to his advantage”, including making “inappropriate and sexual comments about me” and behaving “extremely inappropriately to an underage friend of mine”.

Several artists and venues condemned Cutbush’s alleged actions, with US metal act Sleep cancelling an upcoming Australian tour with Life is Noise, saying they “hope to arrange another tour with a new promoter or touring company” in future.

The allegations come just days after more than 350 female artists and industry figures, inspired by the #MeToo and Sweden’s #närmusikentystnar movements, penned an open letter calling for an end to what they call a culture of “sexual harassment, violence, objectification and sexist behaviours” in the Australian music industry.

Responding to the reports, Midalia says he “deeply apologise[s] for not providing the safe space that the women in our industry deserve” and confirms Cutbush (pictured) “will no longer have any involvement or association with Life is Noise”, including financially, “effective immediately”.

Cutbush has since released a statement saying he is “genuinely and deeply sorry” for his behaviour, saying his “inappropriate and sleazy” actions took place in the context of problems with drug abuse and confirming his departure from Life is Noise. He does, however, deny any claims of sexual or physical abuse.

The full statement, supplied to WA Today, is reproduced below:

To everyone this may concern,

I would like to address the accusations levelled in social media and beyond about my conduct. It is true that in the past I have acted poorly and in a manner that is inappropriate and sleazy.

Using my male privilege to gain sexual favours has been disrespectful towards women. I have used my position in the music industry to my advantage. I have propositioned women much younger than me and have behaved creepily in person at music events and online.

I wish to apologise to the many women I have hurt. However, I don’t expect forgiveness. It has taken me too long to realise I have created situations which made women in the music community and beyond feel uncomfortable or unsafe. I’m now committed to examining my actions and learning ways to change.

The #metoo campaign and more recently the #menomore campaign has been weighing heavily on my mind. I thought this day would come when my actions and behaviours would be exposed, and I deserve to be found out.

Specifically, I would like to apologise to the young girl in Sydney I asked out for a drink. This was a few years ago and she was 16 at the time, and this proposition was not appropriate as I was almost 20 years older. I am sorry for that. It was entirely out of line.

Whilst I have acted shamefully and said things I regret, I have at no stage physically or sexually abused anyone. This is something of which I am certain. Any allegations to the contrary are untrue.

I have been removed, effective immediately as a director of Life Is Noise and will have no future involvement in the company. I would like to offer my sincere apologies to my former business partner, whom is in no way responsible for my actions and behaviours.

I humbly acknowledge these mistakes have not just affected the many women I have hurt but everyone around me, my family, friends and colleagues who have stuck up for me over the years. I sincerely apologise to you all.

But most of all I am sorry to the many women I have treated inappropriately, hit on, been sleazy towards or any other negative, disrespectful behaviour. Should anyone wish to speak with me in person, I am here to offer you my apology face to face. There are no excuses for what I have done.

I am also seeking treatment for substance abuse problems which is not an excuse for my behaviour but an explanation of the context surrounding such poor actions.

I want to respectfully acknowledge my wrongs and educate myself to be a more compassionate human and show more respect to women.

I will be taking time to deeply reflect on ways to change and be a better person. None of these words makes this right. But I am genuinely and deeply sorry.