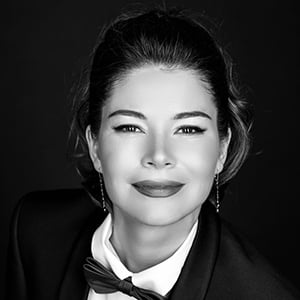 Blockchain is a distributed public ledger where any records stored are secure, tamper-proof and available to everyone. Moreover, every transaction is time-stamped and its validity has to be checked by multiple entities within the network. Essentially, it’s a golden record of the truth that creates trust among multiple parties, which makes this piece of technology capable of replacing an intermediary in situations when a trusted third party is required.

A number of blockchain-related projects have emerged in the entertainment industry. Each seeks to address the industry’s challenges in its own way, and has developed services to address the needs of the whole event industry: organisers, ticket distributors, customers and musicians. Here are some of the most successful projects – and the problems in the event industry they’re aiming to solve…

KickCity
KickCity’s founders insist that the event industry, a $30 billion market, is in trouble. With more than 100 events happening every minute across the globe, event organisers and agencies face multiple problems: They have to deal with unnecessary commission for credit card processing by third-party banks, ticket touting and fraud, all while trying to advertise their events. Nearly 20% of most events’ budget goes on marketing, but almost half of organisers can’t get people to respond to invites. Moreover, 26.4% of event organisers don’t know which online tool to use, and the rest of them tend to become victims of ineffective online advertisement.

Existing online advertisement platforms are designed to be profitable at the expense of their users. In contrast, KickCity is an online value-based community, which is strongly supported by an offline events community. It’s a blockchain-based, hence decentralised, platform where anyone can earn digital tokens by contributing promotional power, find local events and connect with like-minded people.

Using the blockchain technology, KickCity is set to disrupt the event industry by making ineffective centralised marketing and third-party billing redundant, while freeing up to 50% of organisers’ time through decentralised reward-based promotion.

Crypto.Tickets
Ticket counterfeiting has been the biggest problem that event organisers, ticket distribution platforms and secondary marketplaces have been struggling to deal with for many years. For instance, earlier this year thousands of Ed Sheeran fans were denied entry to his show because the tickets they purchased through unverified sellers for a price up to eight times higher than face value turned out to be fake.

Crypto.Tickets is a blockchain-based platform aiming to solve the counterfeit ticket crisis. By using the ethereum blockchain and implementing smart contracts technology, Crypto.Tickets is capable of embedding a cryptographic proof of genuineness into every ticket.

“Blockchain has a good shot at solving all those problems, changing the standards of communication between various parties and making the whole booking process more transparent,” says Egor Egerev, the company’s founder. “This is possible thanks to smart contracts that enable event organisers to set complex policies for crypto-tickets, such as various categories, pricing, exchange, refund or resale rules and revenue sharing. At the same time, the customers can be dead certain that their tickets aren’t fake. Blockchain technology is not just a competitive advantage, as many have claimed. We are building a system that will be able to work with any ticketing system.”

“A high level of centralisation generates profits only for a small group of people, while the majority of others involved in the live music industry are left struggling”

Viberate
Here’s what Viberate had to say about the centralised nature of the music industry in their promotional material: “A high level of centralisation generates profits only for a small group of people, while the majority of others involved in the live music industry are left struggling. Small, independent music enterprises, such as underground clubs, labels and local event organisers, are bullied out of the business by big, often even corrupt, corporations on a daily basis.”

In today’s live music ecosystem, dominated by large booking agencies and centralised ticketing platforms, only a small fraction of performing artists are lucky enough to have agency representation. Without it, they have to deal with marketing, sales, networking, legal, taxation and debt collection issues all on their own, instead of focusing on creative aspects. At the same time, event organisers are constantly looking for acts to fill their line-ups, as dealing with artists who don’t have proper representation can result in no-shows, poor performance standards and legal problems when issuing payments.

Viberate is an emerging start-up, aiming to create a global marketplace for the live music industry with the use of ethereum blockchain for bookings and musicians and implementing smart contracts to sell tickets. While Viberate plans to partner with talent agencies and ticketing vendors, their larger vision is to create a matchmaking platform for unrepresented artists and event organisers from all over the world. Musicians will be able to use the platform for promotion and exposure, while the promoters will have an entirely new resource for discovering new acts, as well as a decentralised escrow service for issuing payments through the ethereum blockchain.

Artists control their pricing, distribution and revenue splits for streaming and sales, with more than 20 times the earning potential of the streaming platforms

TokenFM
TokenFM is a direct-to-fan platform, the first to adopt blockchain technology to address existing media challenges and empower the future of media distribution and fan relationships. Artists control their pricing, distribution and revenue splits for streaming and sales, with more than 20 times the earning potential of the streaming platforms. Fans can support artists directly, receiving true album ownership (ie the ability to collect, buy, lend and resell) and exclusive access to artist chats or experiences, ticket or merchandise presales and more.

Because of the blockchain technology, each sale can be identified directly, allowing the music itself to serve as the key for the fans’ access to exclusive opportunities with the artists they love. Media creators are reimbursed directly and transparently for all sales.

PeerTracks
PeerTracks is another solution using the blockchain technology to change the way artists interacts with their fanbases. It is a fully legal streaming and downloading service which proudly compares their 5% fee to Apple’s 30% take, while noting the difficulties for artists to gain access to the iTunes store.

Thanks to the blockchain technology, all the music sales are peer to peer, completely traceable and transparent. PeerTracks utilises an incentive structure put in place by the Artistcoin token, which can be bought and sold, with their value going up the more an artist’s content is streamed or downloaded.

Artists can also offer perks and goodies to any of their coin-holders. This incentive transforms passive listeners into active promoters that stand to benefit financially when their favourite artists benefit, as Artistcoins can be easily traded for other cryptocurrencies and even flat currencies.

Imagine a blockchain-based trust network providing the basis for attendees to pass through ‘priority lanes’, avoiding bag searches and scans

As with any solution, blockchain will not be a perfect answer to all the problems the event industry is facing. But at the very least, it will level the playing field – and artists, organisers, consumers and fans will see the main benefits. These include much-improved ticketing distribution, artists’ promotion and even the safety of visitors: For example, blockchain technology is capable of aiding identity management, as every past transaction of every user is not only publicly viewable and traceable, but also had to be validated by other users across the network – imagine the event registration process and on-site control where a blockchain-based trust network provides the basis for the attendees to pass through ‘priority lanes’, avoiding bag searches and scans and allowing security personnel to focus on new and unknown attendees.

This means that overall, a transparent system based on blockchain technology would generate more revenue for artists and create more opportunities for the whole industry. These six international projects illustrate and give an opportunity for us to imagine the tremendous improvements to come in this field.

Katerina Kirillova is the founder and strategy/development director at Tickets Cloud and crypto.tickets, general director of Euroshow Moscow and managing director of Moscow Ticketing Forum.