David Baird, founder and CEO of live music marketplace Gigmor, predicts the trends set to shape the concert business in the coming 12 months 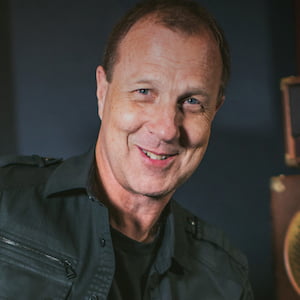 2018 will see an increase in non-traditional gigs

Non-traditional gigs, such as pop-up spaces, restaurants and living rooms, will continue to grow throughout 2018. Airbnb even expressed interest in adding ‘Music Experiences’ to its services by bringing artists to rentals for informal gigs. According to a report by Eventbrite, in 2017, demand for nontraditional meeting and event facilities increased by 3.8%.

This rise in non-traditional gigs is also made evident through the success of Sofar Sounds, which has contributed to the increased demand for unique music experiences.

Today, festivals have grown so quickly that they’re no longer the grassroots experience they used to be for fans or artists. Festivals are now dominated by the same live music giants that control big venues, meaning that they have come to represent the overall consolidation and corporatisation that has occurred in live music.

A study by the economic research firm TXP Inc. showed that from 2010 to 2014, the tourist music sector in Austin, Texas increased its revenue by a $100 million, while the local music sector decreased in revenue by $33 million. The festival scene is growing rapidly, but this growth is happening at the expense of local music venues across the country.

New tech for independent artists is on its way

New technologies will play an increasingly important role in the antiquated gig-booking process, which will allow musicians to play more shows, grow their fanbases and manage their careers. The onset of new technologies will allow for the growth of DIY artists who are looking to book shows on their own terms, without the help of an agent or booking manager.

In recent decades, the music industry has seen incredible technological innovations, but the music-booking process has remained surprisingly behind. However, the marketplace model has the power to revamp the live music scene in the coming year.

More musicians will use data to identify their targets

Artists will become better at using data about their fanbases to find the right places to play and tour, as well as to help market their shows. This trend is further proven through Spotify’s recent release of an app that helps artists track real-time streaming data and audience demographics. Music fans today have access to a wider range of music than ever before, making it increasingly necessary for musicians to use data to their advantage and hone in on their target market.

David Baird is founder and CEO of Gigmor, a live music marketplace that connects artists and bands with bookers, promoters and venues.