How streaming has changed the industry

Chris Wright, the renowned founder of Chrysalis Records, opines on the effects streaming has had on the music business, and the live industry in particular 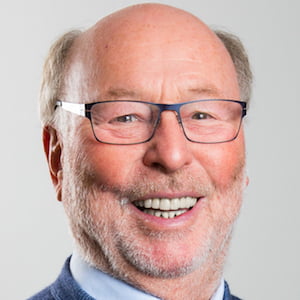 In March this year, Ed Sheeran broke the UK singles chart top-20 record when, thanks to his streaming figures, his songs occupied 16 places in the list. It’s just one example of the dramatic way that streaming has changed the music industry.

At a time when sales of CDs and CD players were starting to decline, streaming suddenly emerged as the dominant way for people to consume their music. Record labels may have had to change what tracks they release, how they release them and how they market them, but in many cases streaming has kept them profitable. For some, like Warner Music Group, streaming has become the most important source of revenue. For others, it’s making them more money than ever before.

You might think that with the greater ease of access to music that streaming has brought about, that attendance at live events would be in decline. After all, attendance at cinemas is dwindling as people increasingly choose to watch films on their TVs, computers or smartphones. But in the case of live music, the opposite has happened. In fact, according to UK Music’s Wish You Were Here study, audience attendance at concerts and festivals in the UK is up to a record 30.9million annually. The live sector is one of the most vibrant and profitable parts of the music industry, and it is through ticket sales and merchandise that most musicians generate the majority of their revenue.

This may have something to do with the effect streaming has had on the profits of individual artists. Streaming has complicated the way they make money, and reduced the total amount they earn to the extent that some artists, such as Taylor Swift, have tried to boycott streaming altogether. Swift famously pulled her music off Spotify and refused to allow Apple to offer music from her latest album. It may have been a shrewd PR move (her eventual return to streaming was covered by every major newspaper and website) but it’s no secret that one of the challenges facing streaming services and record labels is appeasing and alleviating the fears of artists while still offering tracks cheaply to their customers.

It’s also to the credit of festival and concert organisers that they’ve thrived in the new musical environment. These organisers understand that the advantage they have over streaming services is that they offer not just music but an experience, and they’ve looked to improve all the elements that together make live music an experience, such as the stage design, the lighting and the pyrotechnics. At the same time, they’ve managed to keep the price of tickets at an affordable (though increasing) level. An all-day festival in the UK costs between £50 (€57) and £100 (€113); a single standing ticket to see Drake costs £110 (€125).

“Despite the improving health of the live music industry, for some festivals making a profit is no longer a given”

But can this model endure? With the proliferation of outdoor festivals comes the fact that the market is getting pretty saturated. There has been a sharp fall in the amount of money that is spent at smaller venues (those with a capacity below 1,500). In London, where costs are rising, licensing is strict and property developers wield a lot of power, these venues have declined in number by 35%.

With more and more festivals coming on stream, it is the artists who are benefiting most: they are now able to up their fees while different festivals compete to secure their presence. And despite the improving health of the live music industry on the whole, for some festivals, making a profit is no longer a given. One or two of the existing festivals are beginning to pull up stumps. This will be the last year of Secret Garden Party, for example, and there are rumours that other long established festivals might not appear next year.

As the figures show, live music has more than weathered the changes to the wider music industry. The live market has always been a valuable revenue generator for established artists, and this will always be the case. Nevertheless, the future may not look so bright for smaller festivals and small music venues. Their fate remains to be seen.