Blockchain: the key to protecting IP in the live business? 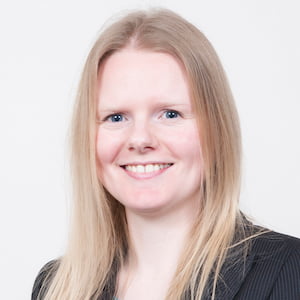 Blockchain first came to prominence as the technology behind online currencies such as bitcoin. However, as more businesses become aware of its uses and possibilities, it is gaining traction everywhere. But what are blockchain’s potential implications for the live music industry?

Blockchain is often described as a “distributed ledger” system, but what exactly does that mean? In a blockchain, transactions (blocks) are verified across a network of users before being stored with a time and date stamp that cannot be altered. Each user in the network stores their own copy of each block to maintain integrity and transparency of the data. Later, related blocks are likewise verified across the network and then linked to the previous block, creating a chain. The system is secure because a would-be hacker would need to access each user’s system separately to make any change – this would mean attempting to access hundreds of thousands, if not millions, of computers.

Blockchain is a useful tool in situations where maintaining the integrity of information is a key priority and where transparency is also high on the agenda. Although it started its life in online currencies, blockchain is now spreading its reach to other industries, including fashion, where it is being used in the fight against counterfeits, and in real estate, where recently, for the first time in the UK, a commercial property transaction took place completely online using blockchain.

In the music industry, the UK, French and American collection societies (PRS For Music, Sacem and Ascap, respectively) are already working together on a blockchain in relation to International Standard Recording Codes (for recorded music and music videos) and International Standard Codes (for musical works). The aim of this blockchain is to improve the management of links between the two standards and in turn reduce errors and costs. Licensing transactions should also speed up as a result.

However, there are other ways in which blockchain can assist the music industry. For example, a songwriter can use their original song as the first transaction in a blockchain to prove that they are the author. The blockchain can then be used to show the chain of ownership of the song, including any assignments or licensing arrangements, allowing the public to see clearly where a song has come from. This will also act as a deterrent to potential infringers whose use of the song would be recorded in the blockchain too.

For live music, blockchain has the potential to change things for the better too. With the majority of tickets now initially being sold online, blockchain can be used to track the movements of tickets and prove to the end purchaser that the ticket is valid. It can also help to control the ticket tout culture that can surround the secondary market. Some have already caught on to this fact, including services such as Lava, GUTS Tickets and Aventus. Lava, still in the start-up phase, uses the blockchain platform ethereum as its base and is a primary and secondary market ticket sales platform which keeps tickets at their face value.

Online streaming of live performances can also benefit from the use of blockchain, with only the official stream being connected to the blockchain. The use of the blockchain would mean that the live stream itself and any future use of a related recording of the live performance would be transparent, with royalties passing to the artists accordingly.

So, blockchain is coming and seems likely to become a part of our everyday lives, from our money to our clothes to the music we listen to. And while the average music fan may not see or fully understand what is going on behind the scenes, it is important that those working in the music industry are aware of its capabilities, its possibilities and are fully prepared for its arrival.

Joanna Morris is an assistant solicitor at Stevens & Bolton. She has more than seven years’ litigation experience and has since 2013 been part of the firm’s intellectual property team.