A gunman has been shot and killed after firing on the crowd at the Route 91 Harvest festival, in the latest tragic attack on fans of live music 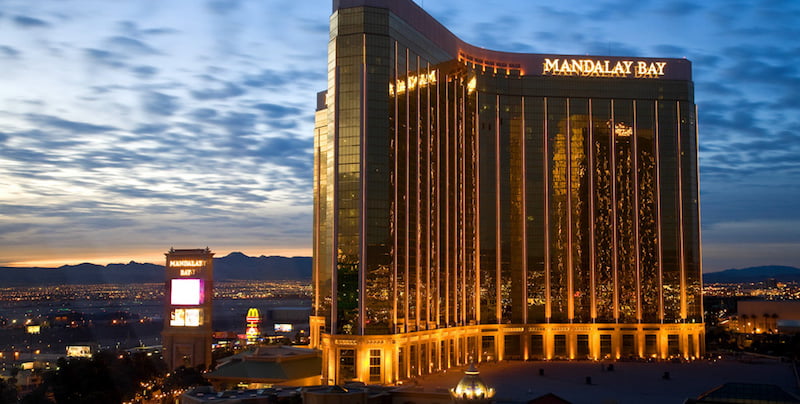 At least 59 people are now known to have lost their lives in a mass shooting at a country music festival in the early hours of Monday morning, Las Vegas police have said.

A gunman, named as 64-year-old local resident Stephen Paddock, was shot and killed by officers after opening fire on the open-air Route 91 Harvest festival from the 32nd floor of the nearby Mandalay Bay resort (pictured).

In a series of press briefings, Sheriff Joe Lombardo of the Las Vegas Metropolitan Police Department (LVMPD) initially said more than 50 people were killed and 400 hurt in the shooting, making it the deadliest mass shooting in US history. That number has now risen to at least 59 dead and more than 500 injured.

A statement from Mandalay Bay, issued this morning, offers its “thoughts and prayers [to] the victims of last night’s tragic events” and praises the “immediate actions of our first responders” [emergency services].

Jason Aldean, who was performing when the gunman opened fire, says it “hurts [his] heart that this would happen to anyone who was just coming out to enjoy what should have been a fun night.”

The shooting is the latest attack on concertgoers – the numbers of which have risen sharply in recent years – following May’s bombing of Manchester Arena.