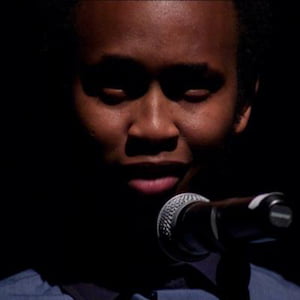 ‘One dead and eight injured during a concert’ is not the kind of headline anyone would want to wake up to. “A man walked onstage and stopped a music performance at Hillbrow Theatre in Johannesburg, claiming that his phone was stolen. He then pulled out a gun and started firing at random,” the South African press reported.

Apparently, extra security was deployed on the night of the event, which the theatre’s management said was privately organised. How did additional security not eliminate the threat of violence, and how did the shooter get access to the stage in the presence of security guards?

On 22 May 2017 fans of the US pop sensation Ariana Grande attended a show in Manchester, England. The show ended in tragedy after a suicide bomber killed 22 people, most of them children. Then there was the Orlando shooting, the massacre at the Bataclan in Paris and the slaying of Pantera guitarist Dimebag Darrell. In Europe and the US, terrorism is a big concern, but in South Africa it’s violent crimes without an ideological basis, and often without evidence of major psychological disorders, that take many more lives.

But crime at concerts and performances works the other way around, too. South African kwaito star Makhendlas – the brother of Arthur Mafokate – shot and killed an ‘irritant’ fan in October 1998. The kwaito [a type of African dance music] musician killed himself the following day. This is an old story that highlights safety concerns at events in general. Why did he have a gun and who let him in the venue with a weapon?

The irony of the incident that took place at Hillbrow Theatre last week is that the perpetrator shot up the audience because someone had stolen his cellphone. It seems even criminals are tired of having their personal belongings stolen in public. Ask any concertgoer in South Arica and they will tell you that they’ve had a wallet, car keys or cellphone stolen. The South African media has written much about crime at concerts, but little has been done to ameliorate the situation. Because of this, parents are locking up their children at home come the weekend – and in the process depriving them of the arts. The latest incident will bring even more paranoia to this picture.

There needs to be a hardline policy where every concertgoer, and performer, is thoroughly checked before entering a venue

When people attend festivals they want to feel safe, and should worry only about having a good time. But the South African reality is quite different, and it seems that attending a public event like a concert or festival induces more anxiety than becoming an agoraphobic recluse. You have to get in a car (preferably one that hijackers don’t desire). You drive through the safer areas while ogling every four-way stop like a chameleon. You eventually get to the venue where a car guard tells you that if you don’t pay R70 (US$5) to have your car watched over you can expect a tyre slashing. The gamble comes in when you have to decide whether to leave your cellphone under the seat or take it with you into the venue. Either way, there’s a big chance you won’t see your phone again.

Many venues in South Africa have serious budgets to deal with crime, yet it’s sometimes impossible to control events completely, especially when there are too many people attending. And venue owners say that criminals are always one step ahead in getting loot out of a venue without detection.

Here’s another peculiar fact. According to the Firearms Control Act of 2000, in order to declare a venue a gun-free zone in South Africa, owners have to apply for a permit, which means that they have to own a safe where patrons can leave their guns before entering the venue. But most venue owners don’t go through this process because of red tape, so their venues, technically, are areas in which guns are allowed. This may be a technicality since most venues exercise the ‘right of admission’ policy, but making things official should make gun-bearers think twice. If you’ve been warned, then the repercussions are heftier.

South African venues need to take serious measures to prevent violent crimes from taking place on their premises. There needs to be a hardline policy where every concertgoer, and performer, is thoroughly checked before entering a venue. If live gigs have to begin resembling airports, so be it, but another incident like the one at Hillbrow Theatre should never be allowed to happen again.

This article first appeared on Music in Africa.