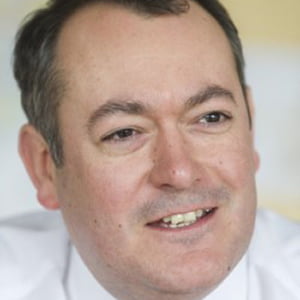 “You don’t know what you’ve got ‘till it’s gone…” The lyrics to Joni Mitchell’s 1970 hit ‘Big Yellow Taxi’ could equally apply to live music in the UK today.

Overall, the live music industry is in excellent health. As our new report, Wish You Were Here 2017, revealed in July, the number of people at live music events in 2016 rose 12% to 30.9 million. Live music tourism fans generated £4 billion (€4.5bn) in direct and indirect spending last year as they flocked to concerts and festivals across the UK.

When I was a local MP, I helped establish a metropolitan music festival as patron of Live in Barnsley. This fantastic free event provides a stage for over 160 acts at 18 venues. It is also the biggest pay-day of the year for local pubs and bars.

But despite events like that across the country, there is an undeniable threat to smaller and grassroots music venues that is putting the whole ecosystem of the live music industry in danger. That threat comes from developers, soaring business rates and overly restrictive licensing rules.

Almost all of today’s big stars, from Adele to Ed Sheeran, started out at small venues. Lose the grassroots venues and we will lose the big stadium-filling acts of the future.

The Arts Council gave £367m (€415m) to music. But when you look at where the money goes, it’s the same old story – 85% went towards opera and classical music and institutions like the Royal Opera House. I’m not saying that opera and classical music shouldn’t receive public funding, but it is scandalous that the Music Venue Trust’s bids of only £0.5m (€0.6m) were rejected.

Since 2007, London has lost 35% of its grassroots music venues. Elsewhere, clubs such as the Sheffield Boardwalk and the Cockpit in Leeds, where Amy Winehouse played, have already shut down. Dozens more are under threat, particularly in London, where developers are always keen to pounce on potentially lucrative sites.

“They paved paradise and put up a parking lot”

The danger to small and grassroots venues is revealed in the Wish You Were Here report. The figures show a 13% drop in the level of direct spending at smaller music venues (those with a capacity of under 1,500) in 2016, and a 21% fall in the number of overseas visitors to smaller venues.

In London, the picture is even more worrying. The amount spent by music tourists at smaller venues in the capital fell by 16% to £65m (€74m) in 2016. According to research commissioned by the Mayor of London, 21 grassroots venues are at risk of closure due to business rate increases.

That’s why at UK Music we are pushing the government to adopt the agent-of-change principle on a statutory basis. Which would mean that those responsible for change are also responsible for handling the impact of that change. Put simply, that means that if a new block of flats is built close to an established live music venue, the building’s developers would have to pay for soundproofing and any required noise-reduction measures.

Equally, we will be pressing the government to make sure the impact of Brexit does not damage our export trade or make it harder for UK artists to tour abroad and for overseas acts to come here.

However, despite the obvious challenges facing the industry, there is a lot to celebrate when it comes to live music. The increase in the number of music tourists visiting live music events in the UK last year provided a big boost to employment. In 2016, a total of 47,445 full-time jobs were sustained by music tourism in the UK – a 22% increase on the 2015 figure of 39,034.

Our message is simple: if you value live music, join us in the fight to preserve the brilliant and vibrant industry that we all love.

In Big Yellow Taxi, Joni Mitchell also sang: “They paved paradise and put up a parking lot.” With remarkable prescience, the lyrics could be applied today to some of our cherished, smaller grassroots music venues. If the whole music community rallies together – creators, investors and, most importantly, music fans – we can ensure that live music in Britain is protected and continues to prosper in the future.