Park evacuated as artists told it's not safe to perform 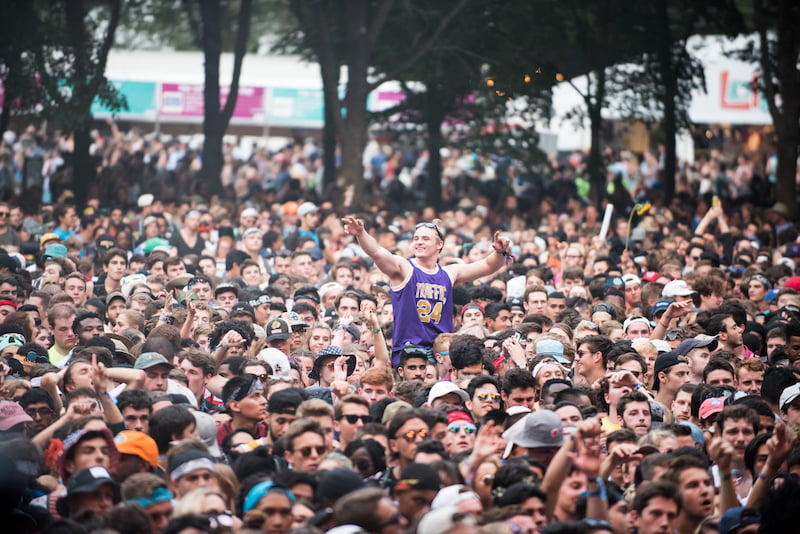 Kaytranada crowd at Lollapalooza, before the storm arrived.

Headline sets by Lorde, Muse and others were cut short as a storm forced the early closure of the first day of Lollapalooza.

Promoter C3 Presents and Chicago city officials evacuated the Grant Park site an hour before it was due to close, telling people via Twitter: “Grant Park is being evacuated due to weather. Please make your way to the nearest exit,” and “Tonight’s performances will not resume. Please make your way toward shelter, away from Grant Park”. Announcements were also made over loudspeakers and by stewards.

“We are disappointed to have to end today’s performances early, however our first priority is the safety of our fans, staff and artists,” said C3 Presents spokesperson Sandee Fenton.

It’s not the first time the event has been affected by the weather. In 2015 the final day of the festival was cut short by a nearby storm, and in 2012 the site was evacuated for similar reasons.

Very sad Chicago City & police evacuated Grant Park early on in our show tonight due to lightning strikes nearby. We will be back as soon as we can. Thanks to all those that were rocking in the storm. Amazing fans as always.

The 100,000-capacity festival runs from 3-6 August. Artists include The Killers, Arcade Fire, The xx, Alt-J, Chance the Rapper and Blink-182.