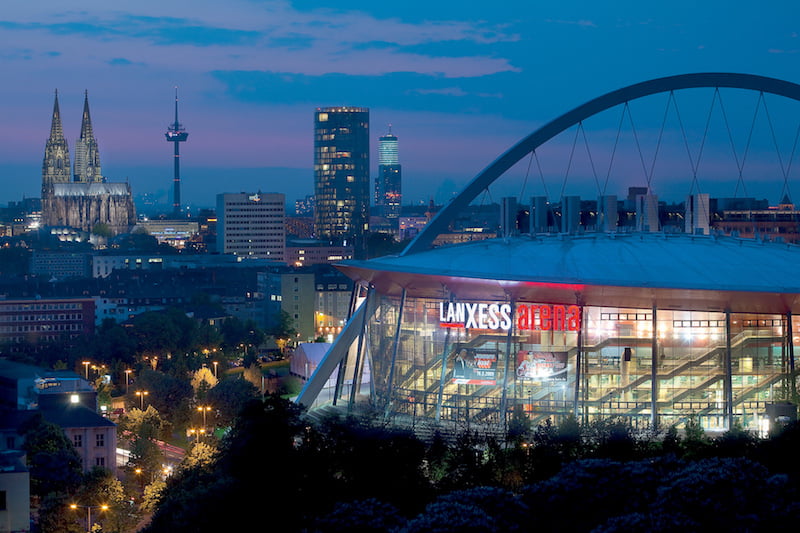 Staff at Lanxess Arena in Cologne have set their sights on breaking the 2million visitors barrier, after reporting the best half-year results in the venue’s history.

In the first six months of 2017, 1,448,823 visitors attended 135 events at the 18,000-capacity arena, including concerts by Bruno Mars, Phil Collins, Ed Sheeran and Kings of Leon. It ranked fourth in Pollstar’s global arena ticket sales, below London’s The O2, Glasgow’s SECC and Manchester Arena.

“I am proud of what our team has successfully achieved in these incredibly intense time,” says CEO Stefan Löcher.

“Now we want to crack the barrier of two million visitors. That would be a great success and a great way to end a fantastic year.”

As a direct and indirect employer in the region, the arena contributes an economic value of €600million to Cologne and the region, according to a press release.

Visitor surveys show that 20% percent of people attending events at the venue spend at least one night in Cologne hotels. Half that number spend two to three nights in the cathedral city. That makes at least 600,000 hotel nights in Cologne for the year 2017.

“An estimated 10% of tourist traffic in Cologne is caused solely by the Lanxess arena,” notes Josef Sommer, managing director of the local tourist board.

Forthcoming events at Lanxess Arena in the second half of 2017 include Metallica, Lady GaGa, Shakira, James Blunt and Yello.