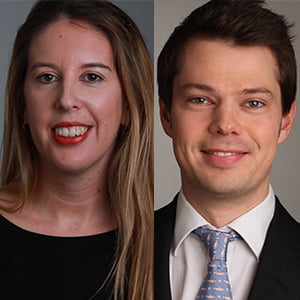 On 18 May 2014, guests at the Billboard Music Awards were wowed by what was undoubtedly the performance of a ‘lifetime’ by one of the world’s greatest musical talents. Why ‘undoubtedly’? Because the artist in question had died five years previously. Michael Jackson’s posthumous holographic ‘performance’ of ‘Slave to the Rhythm’ is one of the more high-profile examples of new holographic technology being used to create lifelike virtual performances by artists who do not even need to be alive (let alone physically onstage).

Holographic performances represent one strand in a wide array of technological innovations (spanning virtual reality, augmented reality and wearable devices) all aimed at reinventing the live entertainment experience. Global live entertainment revenues have been steadily increasing since 2010, with Technavio predicting that global live ticketing sales will reach nearly $25 billion (€22bn) for concerts and over $60bn (€54bn) for events by 2021.

These innovations have the potential to accelerate that growth dramatically, not least because they make it possible to simultaneously recreate an event in almost any location. It is now possible for a single live event to generate a venue’s worth of ticket sales multiple times over. Moreover, venues are no longer constrained by their physical capacity since, thanks to VR headsets, spectators can get the same ‘front-row’ experience from their living rooms as if they were attending the event in person.

The application of these technologies to music concerts is self-evident, but major sporting event organisers (and even sports teams themselves) are beginning to explore the new possibilities that are opening up in this field. Over the last few years, a number of major sports events have been live streamed in VR, including the US Open golf tournament and the 2016 Six Nations Championship. In addition, major sports broadcasters are beginning to partner up with VR/AR technology companies so as to cash in on these potentially lucrative opportunities (a good example is NextVR’s five-year partnership with Fox Sports).

Concurrently, we are witnessing the rise of the ‘smart stadium,’ where real-time data on spectators and sports personalities is combined with technology, not only to enhance the action on the field (through devices which, for example, allow spectators to feel through the bottom of their seats the heartbeat of a player about to take a penalty kick) but also to improve the end-to-end spectator experience by making it easier to find your seat, or pick the shortest queue at the hot-dog stand (thereby eliminating traditional points of friction for spectators).

These exciting technological developments raise a variety of new and interesting issues from a commercial and legal perspective.

On the commercial side, for example, advertisers and broadcasters are grappling with how traditional sponsorship/advertising models should apply to simultaneous multi-venue or VR-streamed events, and how exclusivity can be enforced. Is it possible that, in the future, the same live performance by a holographic Elvis Presley could be sponsored by Coca-Cola for a stadium in New York, but by Pepsi in a concert hall in Mumbai? Practically speaking, in most existing venues, sponsorship and branding are visually optimised for physical and TV audiences (as opposed to VR audiences) – clearly, the VR format creates new opportunities for advertisers and sponsors, but existing sponsors of major events may also see some of the sponsorship rights they have traditionally been afforded being eroded away by new entrants and products.

On the legal side, it is not immediately obvious what intellectual property rights are at play when it comes to holographic performances and, more importantly, who owns them, particularly if the performance is by an artist who is deceased. Another interesting legal question is where the legal responsibility sits for providing ‘virtual seats’ to spectators. If you have paid a large sum of money for a virtual, front-row seat and there is a connectivity issue during the stream, are you entitled to a refund? And if so, from whom? In addition, there are the usual data protection considerations to be taken into account when collecting, using and passing on real-time personal data as part of the live experience.

It is clear that this myriad of opportunities will be seized by companies at all stages of the live entertainment value chain as they seek to explore new sources of revenue growth from their brands and fan bases. This is particularly true in a world where live events represent an increasingly compelling way of monetising a digital entertainment or media relationship in the physical world.