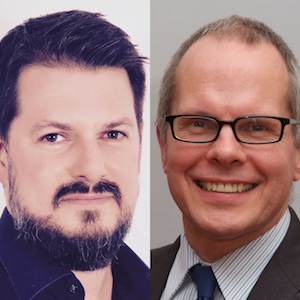 Terrorist attacks stooped to a new low with the bombing of the Manchester Arena in May, where it was known that large numbers of children would be attending a concert by Ariana Grande.

One of the most challenging aspects of the attack was the location of the explosion, which was focused to cause maximum carnage: at a major interface between pedestrians in transit at Victoria station and the arrival and departure of concertgoers. This juncture is also an egress point to the public car park in the basement of the arena. The early detonation of the device reduced the numbers killed and injured, but the message was loud and clear: any target is legitimate to the terrorist.

The venue and its environs encompass the essential principle of accessibility and fluidity, enabling the city to function in an effective and efficient manner. Creating checkpoints at all access/egress points would be counterproductive and create blockages and unmanageable congestion.

Venues are faced with a complex problem specific to the characteristics of modern cities. Accessibility and fluidity are structural components of contemporary urban planning. Arenas based on the model of the mediaeval fortress town, surrounded by ramparts with fixed entry points, are counterintuitive, as such meticulous controls may slow down or even block access.

Unfortunately, we seem to be reaching the limits of our security capabilities within the current measures and need to try to expand the envelope to stop us repeating the same mistakes. Terrorist attack methodologies will continue to evolve and we must evolve with them. It is important to accept our vulnerability, and not to delude ourselves on the effectiveness of our current systems.

We have to accept the fact that, in many cases, there is nothing that we can do – even if we were to multiply the controls – to contain the risk at all costs. The concept of absolute security is almost impossible to achieve, so we need to reduce the risk to as low as is reasonably practicable. What we must do is act now with the tools available to us by accepting the idea that these strategies are partially effective, thus seeking new strategies to keep ahead of attack methodologies.

At the same time, security policies must reinvent themselves by changing paradigms. The challenge we face today is how to raise the level of control while guaranteeing fluidity in public spaces. To put it another way and add a more political dimension, we must attempt to protect individuals whilst still maintaining their public freedom. We will not solve these complex problems with the simple solutions we implemented previously.

Multiplying the controls at the ingress points of events is a partial solution, symbolic of our ‘make do and mend’ attitude in the face of raised stakes. A single, fixed-control point creates queues in areas upstream of the event, which may create an obvious target rather than safeguarding the public. The issue here is to balance crowd management with counterterrorism measures to ensure that they are both applied in equal measure.

In the case of a terrorist attack, we have two options: firstly, to stop it in the build-up or during hostile reconnaissance periods. To do this, we must train venue operatives and security teams on how to spot different types of behaviour, understand what the baseline venue context is, and then get them to escalate if necessary. Secondly, we must ensure that venue operatives are fully cognisant with differing attack methodologies, and are vigilant and understand how to work with the police and other security services.

We must rethink our strategies; integrate infrastructure and planning into a control and crowd management approach; and implement remote, non-systematic control points at different locations in the enlarged perimeter, and at different times. Our current approaches are outdated, predictable and clearly inefficient, creating constraints that make situations unmanageable.

It will take time for new strategies to emerge but time is one thing that we lack, so speedy resolution to issues must be a priority to put us one step ahead of this ongoing threat.