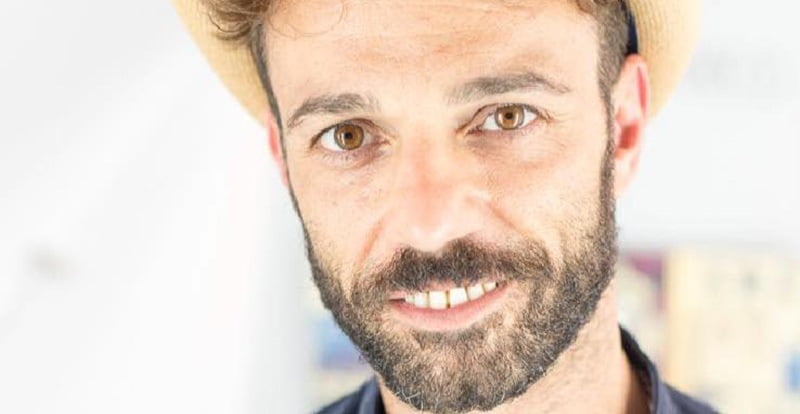 The promoters of Madrid’s Mad Cool Festival have spoken of their “absolute desolation” following a tragic accident which saw an acrobatic performer fall to his death yesterday evening.

Forty-two-year-old aerialist Pedro Aunión Monroy, a director of UK-based performing arts company In Fact Productions, had been performing to the Prince song ‘Purple Rain’ in a illuminated box hanging from a crane when he fell some 100ft to the ground below. According to Spanish media reports, witnesses say Monroy was wearing a harness but it snapped and he plunged “like lead” from a height of around 30m.

Monroy (pictured) was treated at the scene but later died in hospital.

The festival was put on hold for around 45 minutes before Friday headliners Green Day took the stage. In a tweet, the band indicated they had not been made aware of the accident until after their set:

We just got off stage at Mad Cool Festival to disturbing news. A very brave artist named Pedro lost his life tonight in a tragic accident

In a brief statement issued yesterday, Mad Cool – promoted by Live Nation Spain – said it “mourns the terrible accident” but, for “security reasons”, would not be postponing or cancelling the festival.

The festival added to that this afternoon, expressing its “absolutely grief and desolation” over Monroy’s death and offering its “love and support to all his family and a friends at this hard and devastating time”.

Addressing its decision not to cancel – which met with some criticism on social media – the festival said it was “deemed unsafe to have a large mass of people moving all at once […] due to the sudden cancellation of an event of 45,000 people”.  It added that, as “music and culture are a celebration of life”, Mad Cool will continue as planned today “in order that we can pay tribute to all the artists that work every day demonstrating their talent in front of admiring and appreciative audiences.

“Pedro was a person totally committed to art; he deserves all our respect and admiration, and we strive to ensure this.”

Mad Cool Festival 2017 wraps up its third and final day tonight, with Kings of Leon closing the event.