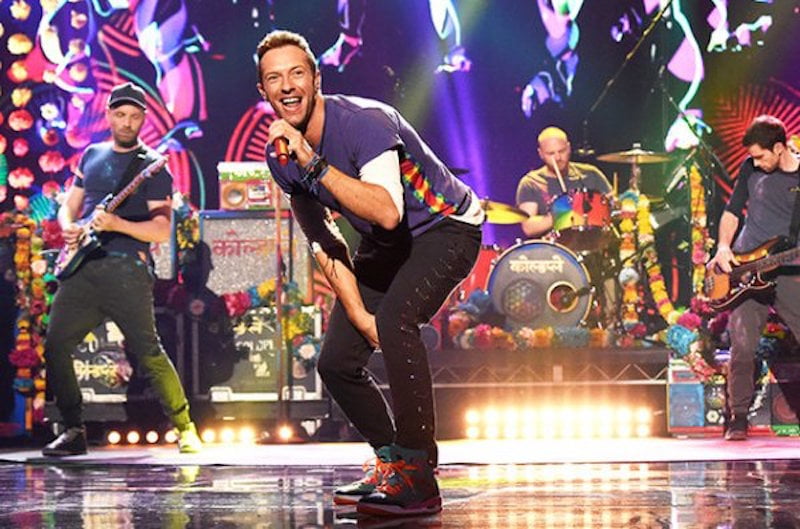 Live Nation’s merchandising division has filed lawsuits in Boston against unnamed companies and individuals it believes will infringe on Coldplay’s trademarks when the band perform at the Gillette Stadium this Friday.

The litigation is an attempt by Live Nation Merchandise to persuade those who counterfeit and sell band t-shirts, posters and other merch to refrain from doing so at the 4 August gig in the city.

“This complaint will be amended when their true names and capacities are ascertained.”

The corporation has filed papers against John Does 1-100, Jane Does 1-100 and XYZ Company, stating that the true names of those who infringe on the band’s rights will become public knowledge once they are identified in the vicinity of the concert. Those accused of hawking the fake goods are being sued “under fictitious names because their true names and capacities are unknown at this time,” states the company in court papers. “This complaint will be amended when their true names and capacities are ascertained.”

Live Nation is seeking monetary damages as well as the destruction of all infringing merchandise, according to the lawsuit. It notes that as the promoter of the band’s A Head Full of Dreams tour, it has the exclusive right to use Coldplay’s trademarks “in the vicinity of the group’s concerts on the group’s present North American concert tour,” hinting that similar court papers could be filed across the continent as the 23-date stadium tour rolls out over the next ten weeks.