The evolution of the internet for a DIY artist

UTA agent Sean Goulding reflects on the evolution of the touring and tour marketing models, and how artists are using the power of the Internet creatively and financially 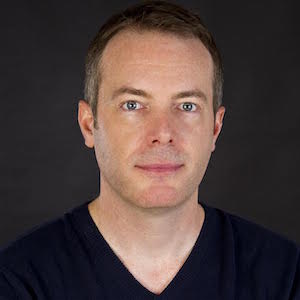 Working with punk rock and DIY acts over the years has taught me the importance of respecting and cultivating a community.

With technology catapulting our artists’ work on a global scale, allowing them to create their own communities to speak and listen to, we are in a new and exciting era of the music business. DIY artists currently have the ability to create a powerful and, if properly tuned, extremely beneficial digital engine.

Six months ago, two digital agents joined the UTA team here in London, bringing enthusiasm and access to digital strategy, and giving our music agents a new dimension of representation.

I’ve since found myself in conversations advising clients on how to effectively fine-tune their digital engine online, and how to think differently about new technology. Similarly, brand partnerships, if executed correctly, can help finance an artist’s creative pursuit in the digital space. I have witnessed this with clients becoming plugged into a larger team in our North American offices.

When it comes to the essentials of my job as an agent, crafting tours for clients, I too have had to evolve. Being able to make well informed (yet still gut-instinct) decisions with promoters on when and where we tour and how we market to fans is something we still do every day, but exactly how an agent discovers, markets and tours an artist has changed. We no longer rely on traditional indicators like radio and TV stats – now analysing digital stats has become the norm. Tour marketing is vital to our thinking, and knowing how an artist directly communicates with his or her fan base is key to effectively crafting a marketing campaign.

We have created tours from scratch for acts on my roster in this new era. Take for example the Juno award winners for group of the year 2016, Walk Off the Earth. The act first made a name for themselves with unique cover versions on YouTube, including a cover of Gotye’s ‘Somebody That I Used to Know’ (with all band members playing on one single guitar). Access to YouTube enabled them to create videos gaining a significant amount of online attention (they currently have over 660 million views on their YouTube channel). To harness this fan base and build up their headline touring, we scrapped the traditional tour-marketing model in order to emphasise digital marketing – a tactic that is now our norm. Consequently, Walk Off the Earth sold out London’s Roundhouse without a shred of print advertising.

When I discovered them through their managers Marc and Jonathan (the MGMT Company), the band was selling out 1,000-cap. venues with no radio or traditional street promotion. They soon sold out venues across North America and Europe, like London’s Brixton Academy, and Paris Olympia, and are booked for festivals such as Lollapalooza Paris, Pinkpop and Mad Cool Festival Madrid.

Another client of ours, Jacob Sartorius, a 14-year-old actor, musician and all-round entertainer, is evolving from online stardom to the mainstream by following a path of his own. Sartorius ignited the Musical.ly movement and is now one of the app’s largest users with 17 million followers. Now, his own music is being consumed in the tens of millions on YouTube, Spotify, etc. His first self-released single, ‘Sweatshirt’, achieved RIAA Gold status in America last year; he self-released his first EP, The Last Text, in January 2017, with an accompanying video gaining over 8 million views on YouTube. The release coincided with a world tour within which his first ever European dates sold over 10,000 tickets.

While crafting that new tour earlier this year, we looked at things in an innovative way – our digital department was able to study a number of online analytics. That intelligence pointed geographically to cities where we could discuss headline shows with promoters. It was then a matter of developing marketing plans to amplify what would be broadcast on Sartorius’s social channels to promote the tour. Sartorius’s fans listen to his music on YouTube, but his footprint on Facebook and Instagram are now substantial enough to invest marketing dollars for touring in those locations that made sense – money well spent.

That said, on one of Sartorius’s shows, we sold a 1,200-cap. room with very little spent on advertising. You don’t always have to spend big, but rather spend wisely.

Digital strategies are being used across our global roster and the ability to amplify creativity grows by the day. However, one thing still hasn’t changed – if artists deliver a good show, fans will always come back, spread the word and support them.