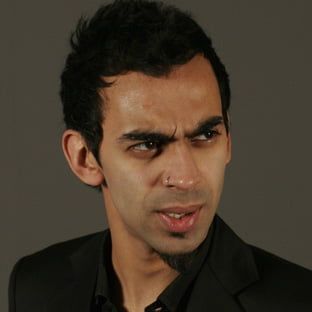 I’ve been lucky enough to work in India since 2000.

I had just emerged as a DJ in London and was doing quite well, post the Asian Underground boom of the late 90s (a genre that combined UK electronic dance music with classical Indian sounds. It garnered fans in David Bowie and Björk and was part of the Blue Note nightclub’s assault on UK club culture, which included Goldie’s Metalheadz and Coldcut’s Ninja Tune).

It made a lot of sense to pay homage and take the sounds we’d made in the UK back to the land of its forefathers. Kind of like The Stones playing Clarksdale.

The realities of touring there were an awakening – and not just of the usual hippy, spiritual kind but also of the rude kind! The earth simultaneously rushed up to meet us and yet, somehow, hugged us.

Since then I’ve been able to help import major International acts to India but also help export Indian talent out with the help of my BBC radio shows and events in London. Acts like Skrillex and Major Lazer were easy sells, but the more textured, more alternative artists such as Mala and Maya Jane Coles took a little more work.

India is a massive market but one that is often misunderstood, not only by people trying to get there, but sometimes people that have power

India is a market that is sponsor led. The ban on advertising alcohol means that the marketing departments of those companies have budgets that they can put into events. But it’s not all plain sailing as there are a myriad of complex political, economic and legal problems to navigate. And as with any ‘emerging market’ these factors can change at the drop of a hat.

Technology and entrepreneurship are important, but the key, from my experience, is building relationships, local knowledge and, most importantly, a conviction to stay the course.

India is a massive market but one that is often misunderstood, not only by people trying to get there, but sometimes people that have power. It took years for the hold of Bollywood to loosen and to change musical tastes, but it has, and tastes are confidently moving towards a more globalised palette.

This is great news for the local Indian acts and artists that are spearheading the change at home. The next leap is to challenge the ideas of what Indian music is to the rest of the world and the orientalisation that comes along with it. The people making it are Indian. The music they make is world class. It’s about time they took their rightful place on the global stage.