Budd: “Staggering support” for Give a Home gigs

Give a Home, backed by Amnesty, will see hundreds of artists play a series of intimate shows on 20 September to raise awareness of the still-ongoing refugee crisis 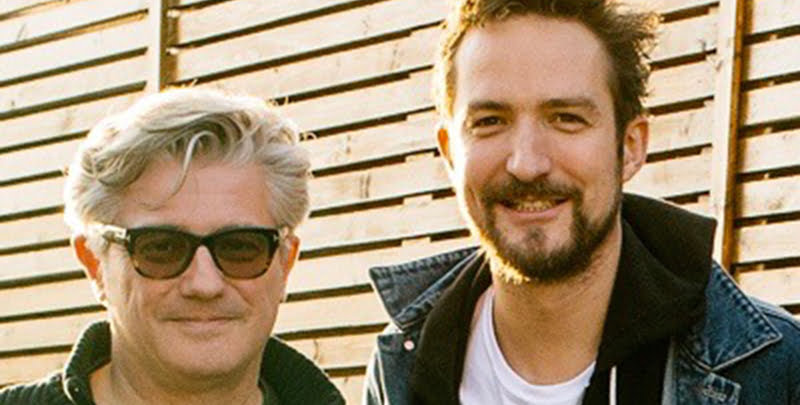 Artist manager, festival promoter and former MMF chairman Stephen Budd has hailed the “staggering support” given by the music industry to his new Give a Home charity concert series, which last week announced its biggest name to date – Ed Sheeran – for an intimate living-room show in Washington DC.

Give a Home, part of Amnesty International’s I Welcome campaign, is a joint venture between Amnesty and promoter Sofar Sounds, with Budd and Sofar’s Tom Lovett as executive producers, and aims to show solidarity with refugees and raise funds for Amnesty through a mass day of concerts on 20 September. More than 500 events are lined up in 30+ countries; other performers include Billy Bragg, The National, Lianna La Havas, Rudimental, Zero 7, Frank Turner (pictured, right, with Budd), Hot Chip, Public Service Broadcasting, Daughter, Oh Wonder, Gregory Porter, Kate Tempest, with a further 150 due to be announced on 8 August.

All will perform in intimate, under-100-cap. venues across 60+ countries – typically houses or small commercial spaces, although Budd reveals one act will play at the top of the Shard, at 1,016ft Britain’s tallest building – with all proceeds from tickets going straight to Amnesty. Tickets are allocated on a lottery basis, with fans paying £5 (or $5, €5 or equivalent) per chance to win one, with the venue for each show kept secret until closer to the time.

Budd tells IQ he wants Give a Home, which follows his work with War Child on the Passport Back to the Bars charity shows, to tap into the “repoliticisation” of British youth evident in last month’s general election.

“What’s been lacking in the music industry recently is artists willing to get political, to put their balls on the line,” he explains. “But there’s definitely a scent in the air: In a subtle way, I think young people are getting more political.”

“The coverage might have died down, but these issues are still occurring”

Budd also hopes the concerts will “lower Amnesty’s age demographic” and garner more support for the charity from a younger audience. He praises the work of older ambassadors for Amnesty, such as Elton John and Sting, but says the aim of Give a Home “is bring it [the age] right down”.

To that end, many of the Give a Home shows will also be streamed live, via Vice and Facebook Live, with post-gig footage appearing on Vevo. Budd says “all the major [labels] have been helpful” in assisting Sofar/Amnesty with securing the necessary rights to do so, and the industry as a whole – including the management community, who he’s spent the best part of four months ringing around – has shown a “staggering support” of the initiative.

The refugee crisis – which once dominated headlines across the globe – has in 2017 largely faded from public attention, as the international press turns its attention to the likes of Isis, Turkey, France, the Brexit negotiations and the sorry state of American politics. This, says Budd, is why Give a Home, as well as initiatives such as I Welcome, are so crucial to putting the crisis back on the agenda.

“The coverage has died down, but these issues are still occurring,” he explains. “It’s a massive experiment, but Give a Home is about putting the world’s attention back on the crisis – and pressuring governments to do something about the 20 million refugees who still don’t have safe passage.”