How AI is making the music biz more intelligent 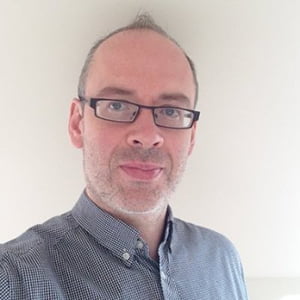 While it is easy see a place for artificial intelligence (AI) in applications that require logic, mathematics and pattern recognition, the received wisdom is that it does not have a place in creative pursuits. The arts are reserved for the human experience of creating art, music and dance as an outward expression of emotion. At least, this is what people once believed – until new developments in AI started to prove that this theory might not be true.

In their most basic form, musical compositions are a series of algorithms combining patterns and chords. With enough creativity, programmers should be able to write the code that teaches computers how to compose music. In fact, a few companies have already created AIs capable of composing music.

Aiva Technologies, the creator of AIVA (Artificial Intelligence Virtual Artist), is one the leading startups in AI music composition. Its technology composes classical music compositions used by advertising agencies, film directors and game studios. AIVA is a set of neural networks programmed to study the fundamentals of music theory, as well as a vast library of classical music by composers such as Bach, Mozart, and Beethoven. With all of this information, AIVA creates new musical compositions in a matter of minutes.

Jukedeck is another start-up creating an advanced neural network capable of complex music composition. The artificial intelligence studies a wide variety of musical compositions and learns to predict note and chord patterns. Although Jukedeck acknowledges its AI still has a lot of learning to do, its results show a level of growth humans could only hope to experience within two short years. The company believes its AI composer will one day be as good as any human.

Although it may take a few more years for artificial intelligence to truly master the art of music composition, AI has already transformed the world of music education. Before artificial intelligence applications, learning a new instrument without the assistance of a teacher was extraordinarily difficult. Budding musicians could get a book or video and learn to make a sound and play some notes. They could not, however, get any feedback about their performance. Without a teacher, the musician never knew if something was wrong or how it could be improved.

Today, however, musicians use AI applications to teach and provide instant feedback about their performance. The artificial intelligence analyses the sound and provides feedback on factors such as tone, timing and correct notes, with a variety apps available for desktop computers and mobile devices.

Most of the applications available are for either piano or guitar. SimplyPiano, Yousician, and Piano Maestro all provide customised piano lessons with real-time feedback to students. The Ultimate Picking Program was developed by Allen Van Wert, who is known as one of the world’s fastest guitar pickers. He wanted to develop a program that would help him and other guitarists to specifically improve their picking technique. Yousician also has lessons available for the bass guitar and ukulele, but for now musicians have to wait for AI programs that teach other instruments.

So far, AI is not replacing the artistry and creativity of songwriters, producers, composers, and musicians. Artificial intelligence is, however, revolutionising the way musicians learn and create music – and the way society thinks about art and the creative process.