Spain: 69% of resold tickets are touted for profit

Nearly ¾ of secondary sellers in Spain are profiting from resold tickets, it has emerged, renewing calls for legislation to stop touts 'taking advantage of promoters' 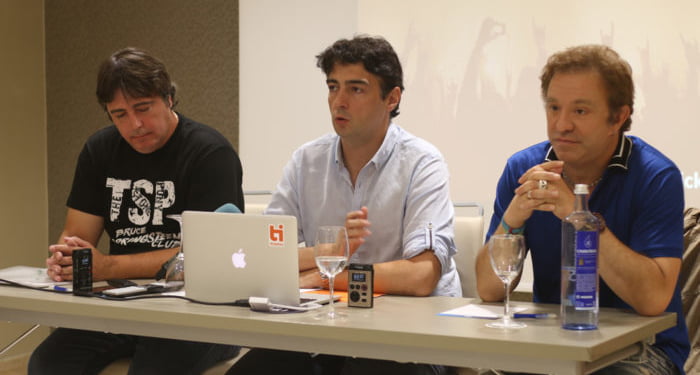 Nearly three quarters of tickets placed on secondary sites in Spain are there to be sold for profit, new data reveals, as momentum builds towards regulating the Spanish resale market.

Ticketea, a Madrid-based self-service ticketer, on Monday held a press conference to present the results of a survey of 12,000 people which discovered more than one in four (26%) Spaniards has resold an event ticket online. Of those 26%, 69% of respondents admitted to “speculating” on the ticket’s price, turning a profit by reselling it for more than face value.

The Ticketea survey comes as public sentiment in Spain shifts increasingly towards legislating to regulate the secondary market, inflamed by several high-profile controversies over ticket touting. Bruce Springsteen promoter Doctor Music is taking legal action – still ongoing – against several sites it accuses of “defrauding” consumers, while in February Berry Producciones and popular singer Alejandro Sanz sued Viagogo and established the Anti-Resale Alliance, an anti-touting association along the lines of FanFair in the UK.

While a majority (55%) of those surveyed are against an outright ban on resale, as is being introduced in Italy, 67% say secondary ticketing should be a “controlled practice, regulated by the law”. Of those 67%, more than three quarters say the price of resold tickets should be capped at no more than 10% above face value.

“They hurt the fans, and they take advantage of the talent of the artists and the risk assumed by promoters”

Speaking at the press conference – also attended by Doctor Music’s Neo Sala and Springsteen fan club president Joan Colet, who is hoping to gain 500,000 signatures on a petition to criminalise for-profit resale – Ticketea CEO Javier Andres said: “The current situation with ticket resale in Spain is not caused by fans selling a ticket because they can no longer attend a concert; the problem is speculators who buy large numbers of tickets and resell them for a premium of as much as 1,000%…

“They hurt the fans, and they take advantage of the talent of the artists and the risk assumed by promoters and organisers of events.”

Other insights from the survey include that around one in three people have bought a resold ticket, of which 30% paid above face value, and that 94% of consumers would like to see the introduction of a window of time in which tickets can be legally resold – cutting out brokers who harvest tickets in bulk and immediately list them on secondary sites.

Spanish culture minister Íñigo Méndez de Vigo pledged on 8 March to “regulate” the online ticket resale market, although he ruled out an outright ban, saying it would be like “putting doors on a field” (“ponerle puertas al campo“) – ie impossible. No concrete measures have yet been announced.

3 responses to “Spain: 69% of resold tickets are touted for profit”