The pop-scientist now holds the Guinness World Record for most tickets sold for a science show following his gig at The SSE Arena, Wembley, on Friday 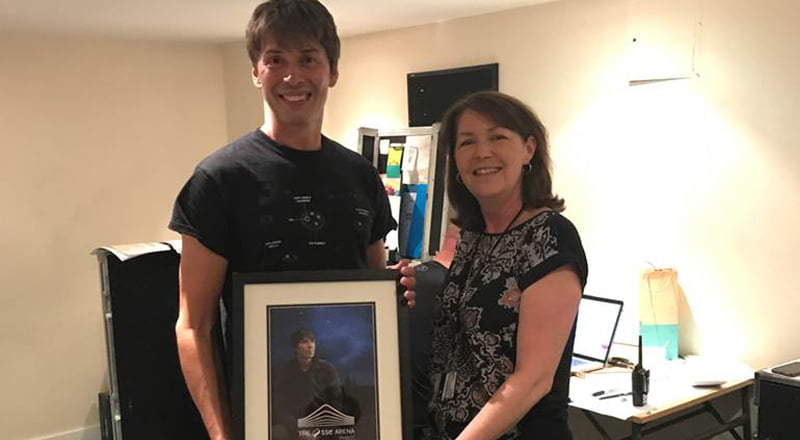 British physicist Brian Cox OBE set a new Guinness World Record for most tickets sold for a science show with his performance at The SSE Arena, Wembley, last Friday (26 May).

Cox was presented with an award frame by the arena’s operations manager, Audrey Kane, after the show, which had an attendance of 8,787.

Cox comments: “I’m very grateful to everyone who has come to see these arena shows. We’ve shared evenings chatting about the size and scale of the universe, our place amongst the limitless stars and, crucially, the value of human life on our small planet.

“The size of the venues has allowed us to display the most beautiful images of the cosmos taken by Cassini, the Hubble Space Telescope and the European Southern Observatory on a spectacular scale, and I am honoured to have had the opportunity to showcase the work of hundreds of astronomers across the world to so many people.”

Guinness World Records’ editor-in-chief, Craig Glenday, adds: “8,787 people at Wembley Arena? Who does Brian Cox think he is: Ed Sheeran? Another fantastic achievement from the now-multiple record holder” – Cox also holds the record for most tickets sold for a science tour – “the galaxy is the limit for the professor.”

During the Wembley show, the arena joined music venues across Europe to hold a minute’s silence – followed by a minute of noise – for victims of the Manchester Arena bombing.