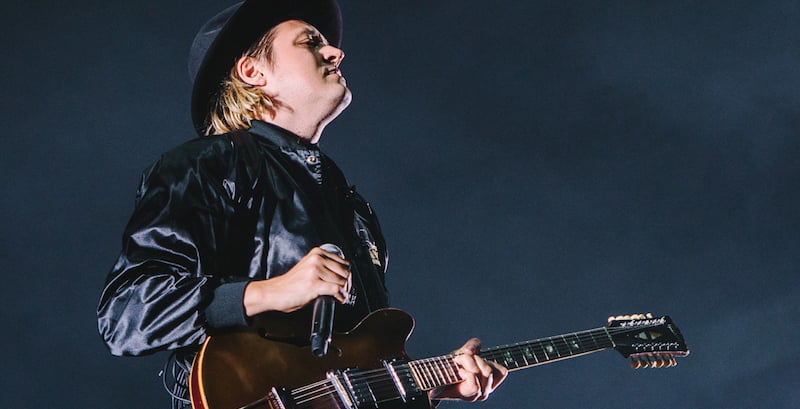 With 360 deals – wherein an artist signs to a single entity for album releases, tours, sponsorship and everything in between – now common across the industry, it was inevitable that, sooner or later, one would go spectacularly wrong: and that’s exactly what’s happened with Arcade Fire.

According to an announcement from Everything Now Corp, with which Arcade Fire has their 360 deal, the band are “content to be the ninth-biggest [band] in the world”, whereas Everything Now wants to work with “those who strive to be number one”.

The company has, therefore, “decided to temporarily exercise the right in our contract to take over Arcade Fire’s social media channels in order to bring you some excellent promotional material that the band was unwilling to share.”

Everything Now Corp entered into what’s called a “360 degree arrangement” with Arcade Fire late last year. It was…

Except, of course, it hasn’t: because Everything Now is Arcade Fire’s latest album and tour, and the ‘take-over’ is a masterful piece of guerrilla marketing on the band’s part.

Enjoy the “much better version of the ‘Creature Comfort’ video” above, complete with bonus pop-up bubbles revealing that the band “stand in a circle and each say one thing they like about capitalism” before every show and that frontman Win Butler was born on the same day the Titanic sank, Abraham Lincoln was shot and the McRib was introduced.

Everything Now is out now on CD, cassette, vinyl and fidget spinner.