Winds of change in Africa

Manager Dudu Sarr, whose Mainland Entertainment company represents Youssou N'Dour and operates in both London and Dakar, outlines developments in the live biz in Africa 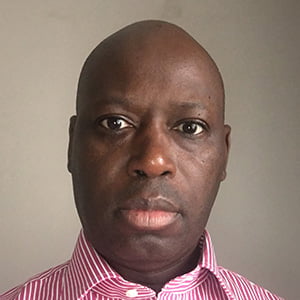 It’s amazing what a difference a year makes!

Twelve months ago this article would have told quite a different story. I left ILMC in 2016 feeling a little gloomy thinking about the amount of catching up Africa needed to do in order to reach the levels of sophistication enjoyed by the entertainment industry in the developed world, especially in terms of the value chain. In a continent where data is extremely hard to obtain, where do you start measuring any kind of activity in a meaningful way? It is still very difficult to obtain and to provide figures but at least there has been a lot of traction, which could prompt some form of measuring exercise.

I went from asking myself what can be said about the almost non-existent international live music circuit on the continent, to hearing about lots and lots of concerts taking place within just six months. In the last few months, we have welcomed Kool & the Gang, Stromae, David Guetta, French pop sensation Maître Gims and other A-listers in Africa’s top cities: Lagos, Dakar, Abidjan Nairobi and, of course, Johannesburg, Cape Town and Durban in South Africa (which in general still draws the lion’s share in terms of attracting top international talent). As I write this article, Justin Bieber is due to perform in South Africa in May, along with legendary R&B group The Whispers.

Although these live appearances are insignificant compared to the millions of gigs performed annually in the west, the continent is showing signs of growth and movement fuelled by successful telecom companies who are by far the biggest sponsors of concerts featuring international and local talent. There is also a fast growing middle class, which gives promoters some sort of security in terms of getting enough numbers through the gate to see their favourite international artists. Local artists and stars, however, continue to play a huge role in making Africa one of the most vibrant music scenes in the world with concerts taking place weekly or even daily on almost every street corner.

Africa is such a vast continent with over a billion people spread over 54 countries with a multitude of languages, and where the latest gadgets and technology cohabit with ancient traditions and very different local and regional realities.

South Africa is by far the most mature and sophisticated music market in terms of industry value chain. From collecting societies to record labels, professional production companies, established festivals, etc., it is all there. However, for the rest of the continent there is a mixture of government-sponsored mega-concerts, which have not helped generate a realistic idea of fees, along with very brave and daring promoters. Most international booking agencies are still reluctant to venture into Africa for understandable reasons, and prefer to work with government agencies.

Traveling from one part of Africa to another is also a huge challenge. It is not unusual for people to fly from an African city into Europe and then catch a connecting flight back to another African city. Fares are also extremely high, although it is worth mentioning that there are a lot more airlines coming onto the market and that mobility throughout the region is improving.

In countries like Senegal, Nigeria and South Africa, you have long-established superstars who command very high fees. Nigeria, for instance, is enjoying a huge boom with a buoyant Afro pop scene. For the first time on the continent you have a particular genre of music called ‘afrobeat,’ spearheaded in Nigeria, and loved by young people across the continent and the diaspora, and drawing anything from 5,000-15,000 people for concerts.

Some challenges do however remain in terms of the skills gap. Finding qualified and experienced sound engineers, or technical staff in general is still difficult. A long way to go still, but the future is promising for a continent that has given so much to music and has so much talent. Add to that the recent news of companies like Vivendi opening four new venues across West Africa, and with other top companies likely to follow in their footsteps. Majors like Universal and Sony have already opened offices in top African cities.

Africa is widely accepted as the motherland and as such is the ancestral home of various music genres including jazz, blues, funk, reggae, etc. African music has had a far-reaching influence on genres throughout the world. Somewhere in an African city right now there is probably another Alicia Keys, Beyoncé, Adele, Mary J. Blige, Jay Z or Rihanna. Add to that a growing international live music scene, more festivals taking shape, the biggest youth population in the world and spending power on the rise, and it all makes for a very bright future.

Watch out: The lions are on the move!