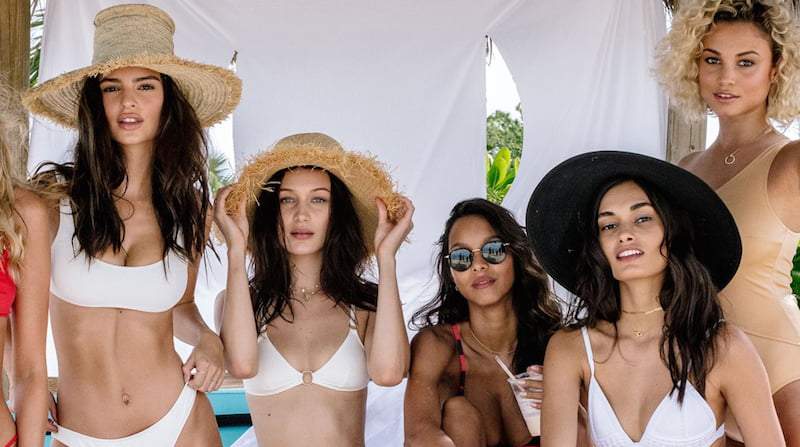 Emily Ratajkowski and co in a Fyre Festival promo shot. The reality was rather different

With Fyre Festival, the “adventure of a lifetime” that descended into what one attendee called “Rich Kids of Instagram meets Lord of Flies” – set to go down in history as a cautionary tale of how not to organise a music festival, lawyers for both festival and attendees are circling ahead of what is expected to be a protracted legal battle to establish culpability for the disaster.

As reported on Thursday, Fyre Festival, the brainchild of rapper Ja Rule and tech entrepreneur Billy McFarland, descended into chaos on its first (and, as it transpired, only) day, with festivalgoers arriving on the Bahamian island of Grand Exuma to find a half-built festival site and no sign of the luxury accommodation and dining included with their US$1,500–$50,000 tickets.

McFarland and Ja Rule (real name Jeffrey Atkins) have since offered refunds to all guests – or free tickets to Fyre Festival 2018 (!) – and apologised to guests, staff and the government of the Bahamas for the “unacceptable guest experience” – although Atkins has since claimed the debacle was “NOT MY FAULT” (caps his).

The most concrete legal challenge against Atkins, McFarland and their Fyre Media company comes in the form of a class-action lawsuit by attendee Daniel Jung, who is seeking damages “in excess” of US$100 million of behalf of himself and a “class of similarly situated persons” for alleged fraud, negligent misrepresentation, breach of contract and breach of the covenant of good faith and fair dealing.

Filed by Los Angeles-based Geragos & Geragos, the complaint alleges that “defendants [Fyre] had been aware for months that their festival was dangerously under-equipped and posed a serious danger to anyone in attendance. Individuals employed by defendants have since acknowledged that no infrastructure for food service or accommodations was in place as recently as last month – the island was totally barren – and that the few contractors who had been retained by defendants were refusing to work because they had not been paid.

“This class action will make sure to hold Fyre, and all those who recklessly and blindly promoted the festival, accountable”

“At the same time, however, defendants were knowingly lying about the festival’s accommodations and safety and continued to promote the event and sell ticket packages.”

The law firm also takes issue with the festival’s claim that the festival was to take place on a private island once owned by drug kingpin Pablo Escobar – namely the fact that nothing about it is even remotely true. “The island isn’t private, as there is a Sandals resort down the road,” writes Geragos & Geragos principal Mark Geragos, “and Pablo Escobar never owned the island.”

According to Geragos, both Atkins and McFarland had contacted several performers and celebrity guests in advance of the festival warning them not to attend, “acknowledging the fact that the festival was outrageously under-equipped and potentially dangerous for anyone in attendance”, and yet “only ‘cancelled’ the event on the morning of the first day – after thousands of attendees had already arrived and were stranded, without food, water or shelter.

“This outrageous failure to prepare, coupled with defendants’ deliberate falsehoods in promoting the island ‘experience’, demonstrates that the Fyre Festival was nothing more than a get-rich-quick scam from the very beginning. Defendants intended to fleece attendees for hundreds of millions of dollars by inducing them to fly to a remote island without food, shelter or water – and without regard to what might happen to them after that.”

While the complaint acknowledges that Fyre has offered refunds, it concludes that luring festivalgoers to “a deserted island and [leaving them] to fend for themselves” is “tantamount to false imprisonment”, so damages must exceed the face value of their ticket packages by many orders of magnitude”.

The complaint is unusual in that it incorporates screenshots from social-media sites such as Instagram, Facebook and Twitter, with photos of staff allegedly mishandling luggage, the ‘disaster relief’ tents that housed stranded guests,”wild animals” (cute swimming pigs) in the festival site and the now-famous sad cheese sandwich included as evidence.

“The infrastructure on Great Exuma is second to none. … We in the ministry are so disappointed that there have been false claims surrounding the island”

With said posting by Fyre Festival guests on social media – especially by prolific tweeters such as Seth Crossno (@WNFIV) and @FyreFraud – key to informing the world’s media about conditions on the island, Fyre Media’s lawyers reportedly hit back with a suit of their own, accusing those of live-tweeting the unfolding chaos on Grand Exuma of inciting “violence, rioting or civil unrest”.

According to TMZ, at least one festivalgoer – who claimed that the only accommodation on the island was disaster-relief tents on the verge of blowing over – received a cease-and-desist letter from Fyre warning that “if someone innocent does get hurt as a result [of your postings], Fyre Festival will hold you accountable and responsible.”

As predicted by IQ last week, the social media celebrities paid by Fyre to promote the festival – dubbed ‘Fyre Starters’ – have also found themselves in legal hot water. Geragos & Geragos’s Ben Meiselas told The Fashion Law the suit will “make sure to hold Fyre – and all those who recklessly and blindly promoted the festival – accountable” to ticket-holders (emphasis ours).

Although not explicitly named in the lawsuit, a leaked pitch document reveals Instagram ‘influencers’ such as Kendall Jenner, Bella Hadid, Emily Ratajkowski, Chanel Iman, and Hailey Baldwin were recruited as part of a “coordinated influencer marketing campaign” to promote the festival. The Federal Trade Commission (FTC) requires all those endorsing products on social media to disclose if their posts are paid advertisements.

A second class-action suit, filed yesterday in the Los Angeles County Superior Court, goes one step further, mentioning directly the “social media ‘influencers’ [who] made no attempt to disclose to consumers that they were being compensated for promoting the Fyre Festival”, reports THR.

Representing three attendees, Chelsea Chinery, Shannon McAuliffe and Desiree Flores, as well as the ‘class’ of people who bought tickets for or attended Fyre Festival, attorney John Girardi is seeking damages and an injunction to bar Atkins, McFarland and Fyre Media from “similar conduct”, throwing further into disarray plans to hold a second Fyre Festival in the US next year.

Short of suing festivalgoers for libel, the threat of any further legal action from Fyre Media’s side has likely passed (being that the festival is now over and all attendees evacuated, eliminating the threat of anyone being hurt).

There are, however, already signs of more lawsuits heading its way. The Bahamas’ Ministry of Tourism is estimated to have lost millions from Fyre Festival’s cancellation, and in a statement contested the festival’s claims that a “city” had to be “built from the ground up”, saying the “infrastructure on Great Exuma is second to none. The island has potable water, water and sewerage, internet and cable television services, an electricity plant, a waste management system, a mini hospital, police officers, a local government and border patrol officers.”

The ministry’s director-general, Joy Jibrilu, says she felt compelled to defend the island “amid reports from the organisers that it lacked the necessary infrastructure to host the Fyre Festival”.

One enterprising Florida lawyer, meanwhile, has already registered the domain fyrefestivallawsuit.com. Injury attorney Philip DeBerard says he is “investigating legal action to help victims get proper compensation for their tickets, airfare and other damages”, imploring ticket-holders to come forward to “explore your options to hold Fyre Festival, Ja Rule and others accountable and get full, fair and just compensation for your damages.”

In a nutshell: don’t expect this story to go anywhere any time soon.