The widow of the Inspiral Carpets drummer has spoken of the need to raise awareness of hearing damage, saying he "suffered in silence" 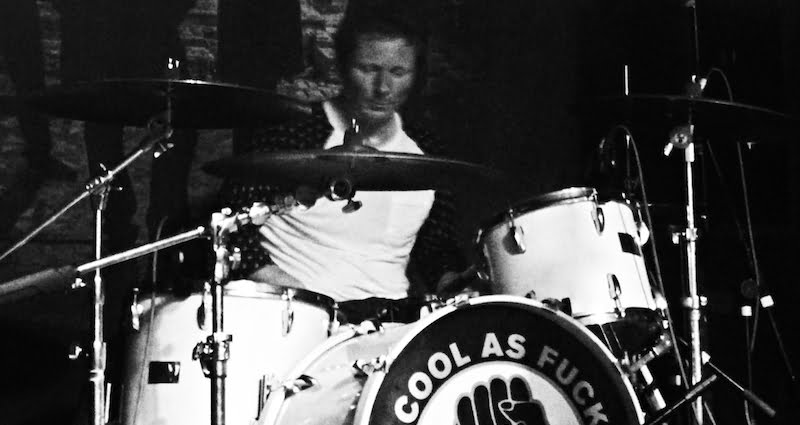 Gill performs with Inspiral Carpets at Nottingham's Rescue Rooms in 2014

The wife of Craig Gill, the late Inspiral Carpets drummer, has told a coroner’s court her husband took his own life after his tinnitus became “so unbearable he felt there was no cure”.

After an inquest into his death returned an open verdict, Rosie Marie Gill said in a statement the drummer had no history of depression but had “suffered in silence” with hearing damage for 20 years. (Senior coroner Joanne Kearsley said while it was clear Gill, who died aged 44 last November, had committed suicide, she could not be certain he had intended to kill himself, according to BBC News.)

“For the past 20 years, Craig suffered from debilitating tinnitus, a condition caused by not protecting his hearing when enjoying the careers he loved the most: a successful musician, DJ and love of listening to music,” said Mrs Gill.

“His condition affected his day-to-day wellbeing and he suffered in silence with both sleep deprivation and anxiety.

“Although we struggle with the day-to-day existence of life without Craig, we are now able to discuss and promote awareness of tinnitus and men’s mental health. It takes courage for men to speak out, to talk to one another, to share their thoughts and their fears.

“If you are one of those men, like Craig, we urge you to reach out to those you love and find comfort in sharing your pain.”

“It takes courage for men to speak out, to talk to one another, to share their thoughts and their fears”

Writing for the Live Music Exchange blog in 2015, Chris Adams (aka musician Piet Haag), who suffers from tinnitus, said there is a “symbolic lack of understanding” among those working in live music as to “how our ears work”.

“The anatomical workings of the ear, a marvel of evolution, aren’t much different in principle from everyday human-made sound-related transducers, like microphones, earbuds and speakers,” he writes. “Yet so long as they remain little understood by the general population, people – and particularly those regularly engaged with the consumption of live and/or recorded  will unnecessarily damage their hearing. […]

“In the absence of any viable medical ‘repair’ option, the only solution is prevention through education.”

Among the organisations working to educate live music professionals on the dangers of hearing damage are Sound Advice, Action on Hearing Loss, the National Hearing Foundation in the Netherlands and the UK’s Musicians’ Union.

As in many things (tolerance, festival funding, variety of cheeses), the Dutch are currently leading the way: Promoters’ association VNPF is a signatory to the Music Industry Covenant to Prevent Hearing Damage and one town is going to so far as to hand out free earplugs to all 16-year-olds to protect against hearing damage “when visiting concerts and festivals”.