The number of lawsuits filed against Fyre Media has grown to six, as the Bahamas reportedly advise any future iteration of Fyre Festival is not welcome on the islands 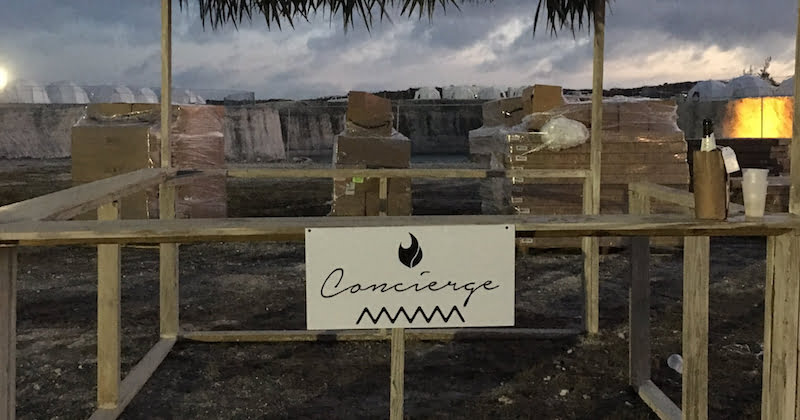 While all who attended last month’s disastrous Fyre Festival in the Bahamas have been offered tickets to next year’s event in lieu of refunds, organisers are increasingly looking like they will be forced to find a new home for 2018.

In the run-up the festival – which has since spawned several lawsuits after collapsing on its chaotic first day – promoters promised “the adventure of a lifetime” amid the “beautiful turquoise waters and idyllic beaches” of the island of Grand Exuma.

Billy McFarland, who established the festival with rapper Ja Rule (Jeffrey Atkins), told The New York Times on 28 April the next instalment would be outside the Bahamas, likely “on a beach in the United States”; now, the Bahamian government has reportedly taken steps to ensure that is the case, barring McFarland and Atkins from repeat business on the islands.

TMZ reports the Bahamas’ ministry of tourism has also introduced a “stricter vetting system” for any future festivals on the islands, and will consult with with promoters multiple times during the planning process to avoid a repeat of the debacle.

A source tells the gossip site it would have intervened in Fyre Festival sooner but “didn’t have the authority. It was a private event, so the government couldn’t get involved until guests’ safety became an issue.”

Meanwhile, Rolling Stone reports McFarland and Atkins are now the target of a total of six lawsuits. A North Carolinan couple, Kenneth and Emily Reel, are seeking US$5 million for fraud, misrepresentation and deceptive trade practices, while contractor National Event Services has sued for $250,000 in damages on behalf of its employees on site.

NES staff found “uninhabitable” accommodation, “bloodstained mattresses and no air conditioning”, the complaint alleges, and NES had nowhere to send any patient who may have required emergency care overnight” as the medical centre was closed. The suit also accuses McFarland and Atkins of “falsely misrepresented critical facts” about the festival, including the “capitalisation necessary” to stage the event.