At least 22 people, many of them children, have lost their lives after a suicide bombing at Manchester Arena for which the Islamic State terror group has claimed responsibility.

An explosion ripped through the foyer of the 21,000-cap. UK venue at around 22:40 last night, shortly after the conclusion of a concert by American pop singer Ariana Grande (pictured), with the mostly young, female audience the apparent target. More than 50 people are also known to have been injured.

Chief constable Ian Hopkins of Greater Manchester Police described the attack – believed to have been carried out by 22-year old Salman Abedi, who died at the arena – as “the most horrific incident we have had to face in Greater Manchester, and one that we hoped we would never see”.

“We are deeply saddened by this senseless tragedy”

The bombing is the worst terrorist attack in Britain in more than a decade, and comes 21 years after the Provisional Irish Republican Army (IRA) bombed Manchester in an attack that left no one dead but injured 212.

It is also the deadliest terrorist attack on a music venue since the mass shooting at Bataclan in Paris in November 2015, which led to many venues, promoters and festivals rethinking their security strategies in response to the growing global threat of Islamist terror.

Speaking in Downing Street, UK prime minister Theresa May said: “All acts of terrorism are cowardly attacks against innocent people but this attack stands out for its appalling, sickening cowardice, deliberately targeting innocent and defenceless young people.” 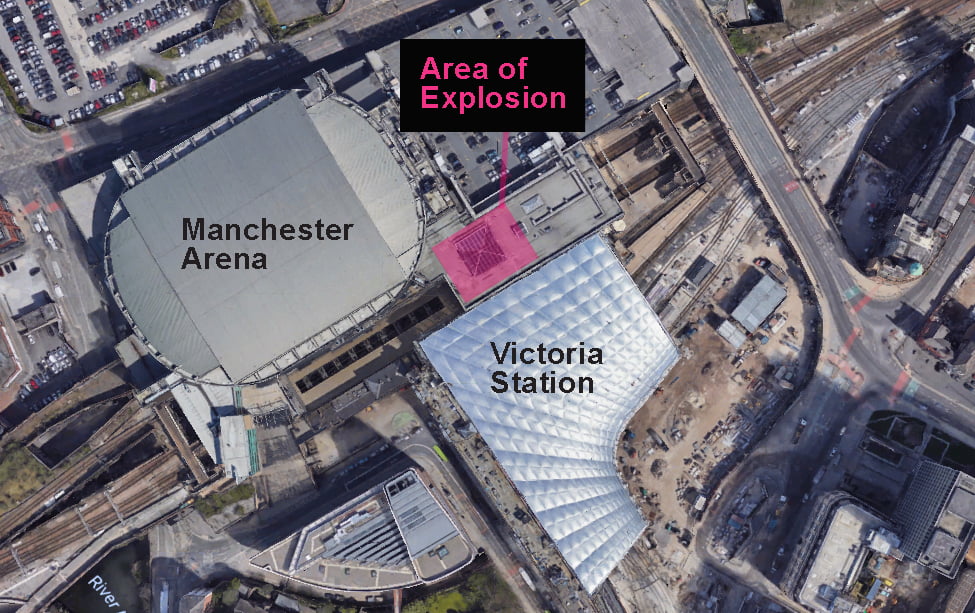 Many foreign leaders have expressed their condolences, including US President Donald Trump who said the “slaughter of innocent people, mostly innocent children” was wicked and the work of an “evil loser”.

According to Pollstar’s annual figures on the arena market, Manchester Arena was the fourth busiest arena in the world in 2016, with total ticket sales of 851,785 for concerts.

“All acts of terrorism are cowardly attacks against innocent people but this attack stands out for its appalling, sickening cowardice, deliberately targeting innocent and defenceless young people.”

The arena issued a statement condemning the attack, which read: “Last night, our community suffered a senseless tragedy… Our entire team’s thoughts and focus are now on supporting the people affected and their families.

“We are assisting the police in any way we can. We cannot praise the emergency services enough for their response and have been inspired by the way the people of this great city of Manchester rallied round last night and have continued to respond today. It shows the very best of this city.

“Again, our thoughts and deepest condolences are with all those affected by last night’s tragedy.”

Live Nation, which promoted the Grande show, says: “We are deeply saddened by this senseless tragedy, and our hearts and thoughts are with those impacted by this devastating incident.”

5 responses to “22 people dead after bombing at Manchester Arena”