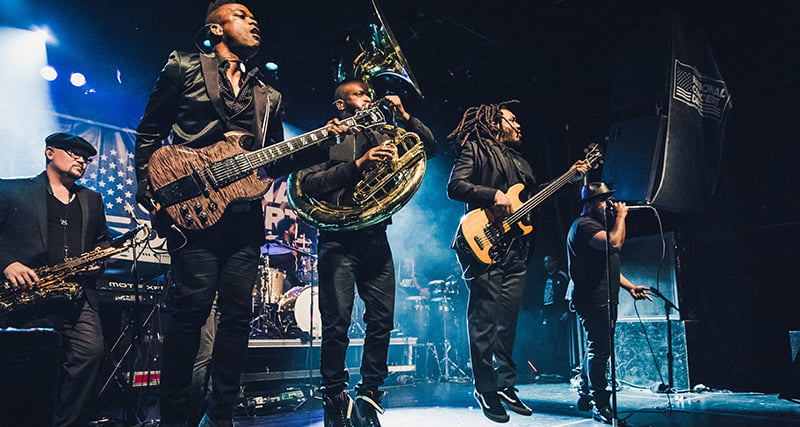 The Roots perform at National Concert Day on 1 May

Ticketmaster UK is planning a Friday on-sale with a difference tomorrow morning, offering buy-one-get-one-free tickets on several festivals and tours as part of its latest 24-hour flash sale.

From 9am on 12 May, Ticketmaster.co.uk will be home to two-for-one tickets on “incredible summer festivals including the likes of Virgin V Festival, Wild Life and more”, says TM, plus offers on tours from UB40, Clean Bandit, Idina Menzel and Craig David, to name but a few”.

The sale will also include “deeply discounted offers” on other festivals and shows.

The sale follows the recent ‘Kickoff to Summer’ ticket promotion in the US by parent company Live Nation, which shifted more than one million tickets priced at US$20 between 2 and 9 May. Eligible tours included Kings of Leon, Future, Depeche Mode, Muse and Thirty Seconds to Mars, John Mayer, Lionel Richie and Mariah Carey, Foreigner, Cheap Trick, Styx and Nickelback.

Kickoff to Summer was preceded by National Concert Day on 1 May, with The Roots, Foreigner, Daughtry, Prince Royce, Nickelback and Jason Aldean launching the promotion with a show at Irving Plaza in New York.