A rare show by superstar singer Indio Solari, on Saturday night at an outdoor concert site in Olavarria reportedly far over capacity, was marred by tragedy 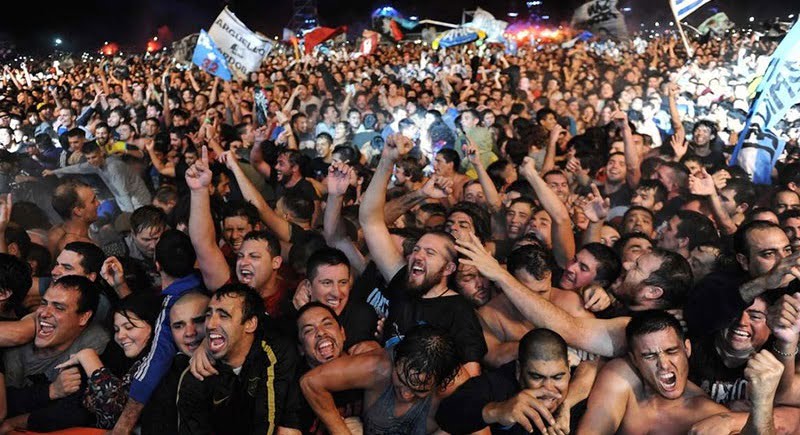 At least two people have lost their lives in a crush at an over-capacity concert by Argentine singer Indio Solari.

Several people are also believed to have been injured at the show at the La Colmena estate, in the city of Olavarria, on Saturday night.

According to local news site Infoeme, Solari stopped the show several times, telling security personnel: “There are people fainting over there. There are people on the ground. We are trying to take care of everyone. Pick them up.”

Ezequiel Galli, the mayor of Olavarria, told reporters officials had been expecting between 160,000 and 170,000 people to attend the show; more than 300,000 people reportedly turned up.

Argentine president Mauricio Macri last night offered his condolences to the victims’ families but appeared to blame promoters for allowing too many people to enter.

Speaking to La Cornisa TV, Macri suggested tragedy was inevitable with so many in attendance. “There are limits to how many people can enter a location,” he said. “This may sound unsympathetic, but this is what happens when one breaks the rules.

“This has to be applied in all walks of life. Sometimes knowing how to set limits gives us opportunities and a better future.”

There were also reportedly major delays leaving the site, with many stranded owing to a shortage of buses, although Solari’s wife, Virgina, accused the media of “selling rotten fish”, telling families waiting for loved ones to “not believe anything they [the newspapers] say”: “We hope that in a few hours everyone will arrive at their homes,” she wrote on Facebook yesterday.

Public prosecutor Susana Alonso has launched an investigation to ascertain who is to blame for the crush.