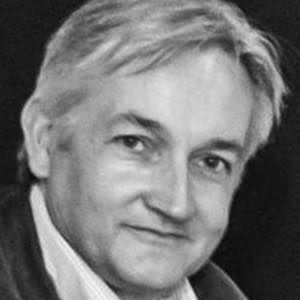 It’s not often that I watch Parliamentlive.tv. Rarer still would I attach words like ‘compelling’ to its content. However, Tuesday’s Culture, Media and Sport (CMS) Committee hearing into secondary ticketing (watch here), proved to be just that, and never more so than when hearing consumer champion Claire Turnham describe hers and others’ ticket-buying experiences on Viagogo – her battles with which have, by default, turned her into chief campaigner in the platform’s refund debacle. To date, 425 complainants across 26 countries await refunds collectively amounting to tens of thousands of pounds.

Somewhat ironically, it is possibly as a result of Viagogo’s seeming intransigence and most recently, its dubious ‘glitch’ practices – coupled with the tireless #ToutsOut campaign led by the MMF and FanFair Alliance – which may, finally, bring about much needed reform to the secondary market.

As Kilimanjaro’s Stuart Galbraith reminded the committee hearing, previous government flirtations with this issue have yielded little fruit. A two-year process back in 2007, during which Galbraith declared “…we have lost control over our industry”, concluded with then-culture minister Tessa Jowell declaring that the industry itself needed to self-regulate. Effectively a green light for rank profiteering by industrial-scale, online touting, little wonder that the sector has since been awash with headlines, horror stories and cries of ‘foul’ ever since. Nor was it helped by subsequent culture secretary Sajid Javid (2014) applauding the “classic” entrepreneurialism of the secondary market.

Tuesday’s proceedings appeared to genuinely shock the assembled MPs who expressed outright disgust at the practices of many secondary ticketing operators. It could be argued that the government has unwittingly scored an own goal, and now finds itself backed into a corner from which it surely can’t escape without meaningful action. While the Brexit referendum and resulting fall-out have undoubtedly starved MPs of time for precious little else, government has been extremely slow to respond to the recommendations of its own Waterson report, which last May delivered grounded recommendations to correct a market in apparent free fall.

Austerity cuts have hit local authorities hard, with many fearful of the financial risks of taking on major prosecutions

At the same time, its fair to say the primary market also has to step up and bear some responsibility for failing to become more consumer-friendly, whether that be the inevitable frozen/timed-out experience of online booking on the day-of-sale, or the inflexibility of some operators to enable consumers to legitimately resell/exchange tickets they no longer need – a market failing that has led to the growth of the secondary platforms, the most prominent and controversial of which being the ‘big four’ of Seatwave, Get Me In!, Viagogo and StubHub. Indeed, Nigel Huddleston MP described Viagogo as “one of the most psychologically manipulative websites I have ever seen”. As a former Google employee, he’s perhaps better placed than most to make that judgment.

However, might the biggest cause for concern be that while the use of online ticket bots is to be regulated, opinion is divided as to how much the use of bots is to blame in the first place, bringing the elephant in the room – clandestine industry practices – into stark focus?

Consumer education is seen by many as pivotal to bringing about meaningful change, helped in no small measure by Monday’s publication of FanFair Alliance’s guide to tout-free ticket-buying online.

While it could be said advances in technology are responsible for where we find ourselves right now, it’s also very much part of the solution

While undoubtedly part of the ‘solution’, we at MusicTank feel other areas of discussion similarly need urgent focus:

Enforcement of existing legislation
Since the Consumer Rights Act 2015 came into being – making explicit the information that sellers of tickets must declare – to date, not a single prosecution has been brought against serial abusers of the secondary market.

You don’t have to look far for examples – all ‘big four’ secondaries were making tickets for the recent Ed Sheeran Teenage Cancer Trust gig available, despite resale being explicitly forbidden in the tickets’ T&Cs and promoter Galbraith writing to these operators not only asking them to not list inventory, but also drawing their attention to the fact that any tickets bought on the secondary market will be void.

Allied to this is the outright fraudulent nature of ticket selling deployed by some. Viagogo claim they are not ticket sellers – merely enablers – yet advertise tickets for sale. They also sell tickets that don’t exist to events in the full knowledge that hapless consumers presenting resold tickets bought through them will be barred from entry.

Talk of a 10% cap on the resale value of tickets (first floated by Sharon Hodgson MP in 2011) have re-emerged. Although warmly welcomed by many primary operators and promoters, again, any such legislation is utterly meaningless without enforcement. In this regard, government itself hasn’t helped: its austerity cuts have hit local government Trading Standards departments hard, fearful of the financial risks of taking on major prosecutions.

Regulation is one thing – effective enforcement is quite another…

During the call for evidence hearing, Claire Turnham described her initial relief that her bank had initially denied her transaction on Viagogo, thinking she had narrowly avoided a hugely inflated ticket purchase, only to find her card had been re-presented and cleared minutes later through a subsequently different procedure not authorised by her. Although unable to confirm precisely who had accessed her card information to expedite the transaction, the beneficiary was a secondary platform.

Are there gaps in protection for consumers making online transactions via credit and debit cards? In an online world supposedly free of territorial barriers, are some online businesses exploiting financial loopholes and, in the UK, what, if anything, might need amending to the Consumer Credit Act to better protect consumers who are duped and deceived?

Until recently, the live music sector has been relatively slow to incorporate smart ticketing technology in the way the travel industry has

Web search
Just as the record industry has successfully lobbied some search engines for a voluntary code in which they delist pirate websites, are search engines knowingly complicit in the secondary market, providing advertising against secondary market suppliers of tickets, the buyers of which will be barred from entry to performances?

As Galbraith illustrated at the hearing and in conversation with IQ, his experience is that online touts will pay up to 20 times the Google AdWord per-click rate on advertising, in part explaining why search results for tickets consistently list the ‘big four’ ahead of the primary market.

Technology is also the solution
While it could be said that advances in technology are responsible for where we find ourselves right now, it’s also very much part of the solution. Both See Tickets’ Rob Wilmhurst and Galbraith spoke about the importance of an ability to identify tickets in advance of shows in order to shepherd those ticket  owners towards legitimate alternatives and act as a deterrent to touts.

Blockchain – a digital ledger recording transactions, and whose record can’t then be changed retrospectively – has the potential to allow a legitimate change of ticket ownership but not allow, say, the price of the ticket to be altered.

Regulation, consistency in the marketplace and transparency are vital components in a sector in desperate need of reform

Ticketmaster’s paperless system has been used to great success with Iron Maiden and is being deployed to combat ticket fraud for the forthcoming West End production of Hamilton, and platforms like Dice lock tickets to individuals’ mobile phones.

Eventbrite’s The Future of Concert Technology report contains 20 predictions from leading industry figures. Prediction №3 concerns fans’ ability to purchase tickets at the moment of gig discovery on their favourite sites (typically social media). Not only is this more convenient for buyers (fewer clicks to secure tickets), such integration has the potential to better limit abuse from fraud, touts and bots, as the system is entirely transparent and traceable.

Clearly there is some way to go – until recently, the live music sector appears to have been relatively slow to incorporate smart ticketing technology in the way the travel industry has for at least a decade. One can only speculate as to some of the reasons why that might be – continued enjoyment of a cosy, closed cartel of vested interests is certainly up there…

The ticketing debate has rolled on for 10+ years now, with MusicTank among the first organisations to publicly and consistently platform debates on this as far back as 2008, since which, the mantra of “willing buyers, willing sellers” has been used to justify a practice at times inseparable from outright extortion.

Regulation, consistency in the marketplace and transparency are vital components in a sector in desperate need of reform.

Jonathan Robinson is programme director for MusicTank. This article was first published by MusicTank on 22 March.