The fine follows a complaint by consumer group Facua, which alleged Live Nation Spain withheld refunds from those dissatisfied with Axl Rose's fronting the band 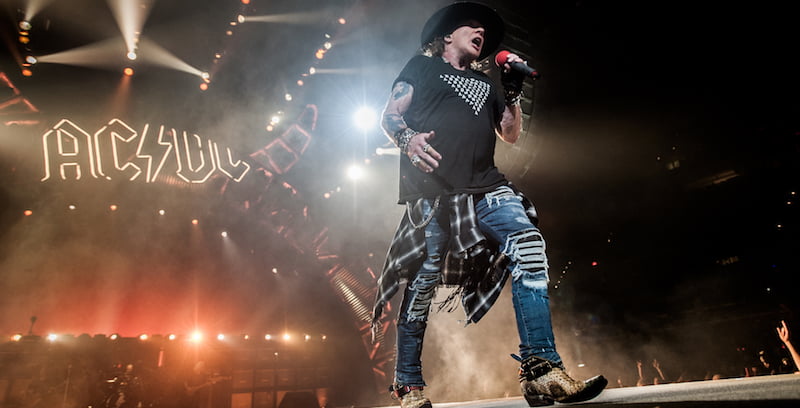 The city of Seville has fined Live Nation €15,000 for failing to provide refunds for AC/DC’s Axl Rose-fronted show at Seville Olympic Stadium last May.

The gig, part of the European leg of Australian band’s Rock or Bust world tour, was the subject of a complaint by Spanish NGO Facua–Consumers in Action, which successfully argued the promoter breached Andalusian law by allegedly ignoring some ticketholders’ requests for refunds and closing the refund window after just three days.

Live Nation had, explains Facua, previously promised to “refund the money of those who asked for it” without specifying a deadline. “Facua announced the company’s commitment on 26 April,” it says in a statement. “But, overwhelmed by the requests, the promoter informed the association by email on 1 May (a Sunday and public holiday, so Monday was also not workable in much of the country) that the deadline for processing returns closed on day three – an unexpected decision that [left] a multitude of users surprised and without any room for manoeuvre”.

Facua also says many customers were told simply “We regret to inform you that we have stopped serving the requests for reimbursement”, and that some “did not even get a response to their writing, despite having been submitted their requests before 3 May”.

Article 23.1 of Andalusia’s performance regulations specifies concertgoers are entitled to a full refund “when the public spectacle or recreational activity is suspended, postponed or substantially amended”, and provide for fines of up to €30,000 for violations.