As founder of Music Tourist, a consultancy and events company, Olaf Furniss champions the opportunities that can arise from tourism and music enterprises working together 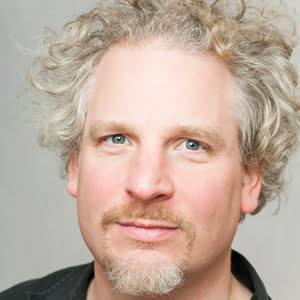 In November 2016, I hosted the world’s first Music Tourist Summit in Glasgow (the UK’s first UNESCO City of Music) aimed at fostering closer ties between the music and tourism industries and laying the foundations to develop a global network and consultancy.

The event began with a day of TED-style talks and workshops hosted in a brewery, followed by evening networking activities and a music tour the next morning involving visits to several key venues.

Speakers included representatives from Icelandair, ICS Festival Service’s Full Metal Cruise, an Oslo hotel with its own recording studio, a tour operator offering packages to an electronic music festival in Cuba, and an AC/DC tribute festival in the small Scottish town where Bon Scott lived before his family emigrated to Australia. Moreover, delegates also heard from industry organisation UK Music, whose most recent Wish You Were Here report estimates that live music tourism is worth £3.7 billion (€4.3bn) to the British economy.

By the end of the first day of the summit, 53% of survey respondents stated that they were ‘very likely’ (with a further 29% responding ‘likely’) to do business with the other sector – and that was before the whisky tasting got underway.

Given that these figures are based on delegates who had met only hours earlier, they indicate the huge potential of what could be achieved if music and tourism businesses work together in a concerted manner. Nevertheless, in far too many places throughout the world, the music and tourism industries still appear to operate in parallel universes. Many festival promoters appear resigned to the lack of engagement from destination marketing organisations (DMOs) and governments (local, regional and national), which often appear to feel more comfortable targeting segments such as food/drink, city breaks, walking/nature, golf, or MICE (meetings, incentives, conferences, exhibitions).

As a result, music tourists are not being encouraged to extend their stays, thereby depriving visitor attractions, restaurants, bars and accommodation providers of business. And in an age where travel decisions are increasingly made on the basis of recommendations, this means destinations are missing out on valuable word-of-mouth promotion.

“In far too many places throughout the world, the music and tourism industries still appear to operate in parallel universes”

Prior to launching Music Tourist, I spent several years highlighting the benefits of co-operation and have recently noticed encouraging signs that previously disinterested DMOs, governments, hoteliers and public bodies are slowly beginning to take notice. In part this is due to a growing awareness of initiatives in cities such as Austin, Nashville and Hamburg, but it also reflects the emergence of a new generation of individuals in both industries who are keen to seek out new opportunities.

Since 2011, the Wish You Were Here report (to which I contributed preliminary research) has served as an additional tool to get the attention of decision makers both in the UK and internationally. However, as it focuses only on people travelling for the purpose of attending a music event (as do most economic impact studies conducted by festivals) it fails to reveal the full potential. Visitors taking part in music retreats, residential workshops and music-based tours are currently excluded from the study, as are tourists travelling for other reasons but who may be keen to experience the local musical offerings. For venues, promoters, musicians and even record shops, the latter should be of most interest, as it is where many opportunities lie. Tourism research indicates a trend where people want to feel local (rather than like a tourist) and going to a gig is the perfect way to engage with the indigenous community.

Conversely, when hoteliers, as well as visitor attractions such as museums, galleries, castles and churches, are interested in working with music, they are often unsure of how to go about engaging with promoters, artists, agents and managers.

Music Tourist is a forum where they can all connect, and by working with partners to host summits around the world, it will seek to prioritise local requirements while simultaneously creating ties on an international level.

Since the inaugural event in November, Glasgow City Marketing Bureau has announced that music will form a key element of its promotional strategy. Scotland’s visitor attractions are set to benefit from an influx of thousands of metal cruisers, and Cuban musicians will be hired to perform for German visitors. These early outcomes are encouraging and are the first steps in building a community around music tourism, where everyone can feel local.