The ÷/Divide tour, the man of the moment's third global trek, begins in Turin tonight – and KB Event has commissioned a special rig to celebrate 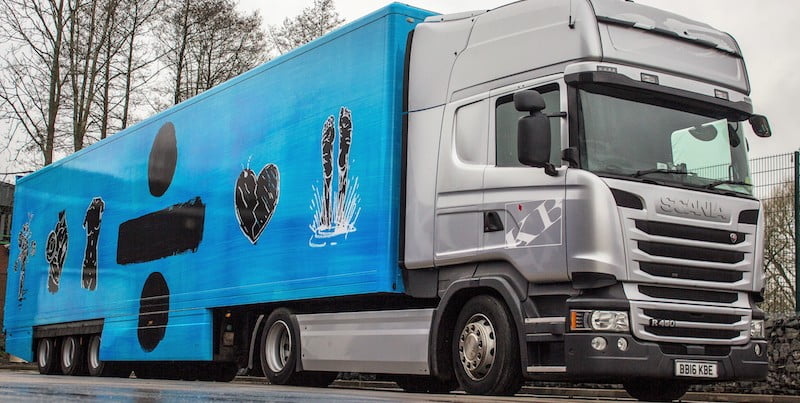 UK-based trucking company KB Event has commissioned a Ed Sheeran-liveried trailer to commemorate its part in the singer’s landmark ÷ tour.

The truck – one of 14 KB Event vehicles on the road for the UK and European leg of the tour, which gets underway in Italy today and wraps up at The O2 in London on 3 May – was, says KB, “spotted by Ed’s fans as it arrived two days ago at Turin’s Pala Alpitour, with groups already gathering outside trying to get their photo taken with it”.

Sheeran’s ÷ album (pronounced ‘Divide’) is currently lighting up charts around the world, and the tour is expected is expected to do similarly well: His last world tour, x (‘Multiply’), grossed more than US$82 million, culminating with three nights at Wembley Stadium in London – the first headline show at the 90,000-cap. venue by a male solo artist.