As Premier Aviation UK approaches a quarter-century in business, director Adrian Whitmarsh and broking manager Lizzy Templer reflect on the past 23 years 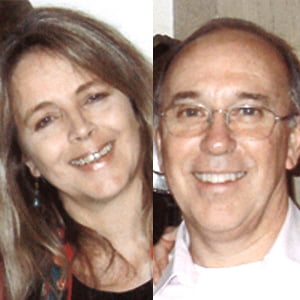 How have the past few years been for you, and how is 2017 shaping up?
Over the last couple of years (2015–16) we looked after more than 30 tours – pretty much 1,000 sectors – across all continents, including many of the top-ten highest-grossing tours and last year’s №1. This one particular tour was over a three-month period, involving seven or eight different aircraft and over 65 sectors, including bringing members in and out from various destinations throughout the course of the tour.

Now in our 23rd year, we are over the 125-tour mark. In the early days there were just one or two tours a year, but now some years there have been as many as 20, from VIP airliners through to small jets, with many regular clients in the top-ten grossing tours of all time. This year is shaping up much the same, with touring already underway in Asia, Australia and New Zealand. We are currently working on the logistics for several other major tours and many smaller ones.

Summers are busy, when we are all flying out to different airports to oversee the VIP procedures in order to ensure the transfers through airports are as smooth and discreet as possible… made difficult in this day and age with every airport worker trying to get selfies!

How has the industry changed since you started out?
From my perspective, I think the primary point is that artists are touring more than ever and truly globally. I have seen a lot of new markets – once called emerging markets – mature and end up on most itineraries. Of course some drop off due to political instability, but those newer markets then want a wider variety of talent.

With the demise of regular major-label tour support to promote recorded material, artists have to get out and promote their own records.

I also think that with TV ‘talent’ shows preoccupied with ‘singers’, it’s harder from musicians and bands to get exposure on TV. As a result, it has enabled some of the longer-established artists to continue being the big draws for live events – and it’s really those artists that are global ticket sellers, so tours get planned over maybe a two-year period around the world. Inevitably, they soak up a lot of ticket sales revenue; however, it has created a hunger for live events which has been good for the newer artists, too.

If you look at the demographics of a major stadium artist’s audience, you’ll often find the age range is from young teens to pensioners. That means those younger audience folks will want to see their generation of artists live, and so it spreads the demand. Of course, we have also seen a huge increase in festivals, which have created new seasonal touring itineraries.

What’s been your favourite tour in your three decades in business?
Its difficult to single out one favourite. Several come to mind because of the clients themselves. I have been involved in every Genesis air-charter tour worldwide and many of Phil Collins’s solo tours; it was interesting reading his recent autobiography, which brought back some memories. Likewise reading Bruce Springsteen’s autobiography, as I have been involved in every one of his tours of Europe for the past 32 years.

In a different genre, Luciano Pavarotti was a very special client – very charismatic and appreciative. We flew many personal trips for him also, and it was a great honour to coordinate the many flights for his memorial concert in Petra, Jordan. The Three Tenors concerts around the world were magical and I was lucky enough to be invited to their very first public show, in Monte Carlo.

Over the last decade AC/DC became very good clients. They are very down-to-earth folks, including their families – some of the most appreciative and personable people I have ever worked with. Sting has also been a very loyal client ever since Live Aid in 1985, which was the first time I was involved with his travel.

The important point with all of those clients is that it became a close partnership with their tour management and often the artists themselves. It’s very rewarding when a client appreciates one’s advice and enables us to provide exactly what we always set out to do from day one: the best quality service in private air travel. It is a service where expectations are rightly high, but it requires a level of dedication, expertise and customer service in all aspects of aviation to deliver that. It’s an incredibly complex service, but I hope that we make it look easy – it’s a bit like being a swan: calm and serene on the surface but paddling like mad underneath! Over the years I have met and worked with many wonderful people, several of whom I now count as friends.

Have any of the recent political surprises – Brexit, President Trump – had an effect on your business? Are customers more worried now about their ability to easily tour other countries?
Brexit may well have an impact, in that British operators may not have the current unrestricted access to the EU market for flight permissions. Currently any EU operator can fly commercially anywhere across the EU, including domestically within any EU state. If, as currently expected, the UK pulls out of the EU single market, then UK operators may no longer have those rights. This could mean we are unable to use UK operators so easily for European tours. It could also mean that many British-registered aircraft will move to other EU countries of registry, with the consequent loss of business for the UK. It remains to be seen, of course.

Premier Aviation, along with our now parent company, Hunt & Palmer, have always been very active within our aviation industry associations. I myself am involved on flight operations committees and thus we are able to keep abreast of all matters affecting our industry and have an influence on issues. We are well known within the international aviation community, enabling us to work closely with airports, handling agents and aircraft owners and operators. This is vital when it comes to such things as security or political risks, especially since we fly clients worldwide.

How Brexit will affect visa requirements remains to be seen, too, of course. Will it be more difficult for European artists to play in the UK? Will British artists require permits to work within the EU? What about the tax and customs implications for their equipment?

As for the Trump effect, time will tell. However, we live in an increasingly risky world, which is why it is important for us to advise clients on secure travel, including airport security issues. We have always been intimately involved in organising airport transit arrangements, coordinating with all links in the tour travel chain: promoters and their own local security; artists’ personal security and ground transport; airport security. With the latter, perhaps surprisingly, we usually find we have to advise them of the potential security and public order risks involved with high-profile artists transiting through their airports. It’s amazing the workload involved – and importance – in coordinating with artist’s personal security and airport security for each airport transit of a major world-famous artist. So, now more than ever, its important to point out how the use of private aircraft travel, properly organised, can minimise the risks and provide security as well as privacy for travel.

It’s an incredibly complex service, but I hope we make it look easy. It’s a bit like being a swan: calm and serene on the surface but paddling like mad underneath!

As to whether all these issues will affect clients’ concerns about touring, overall I feel the main point is that most artists need to get out and play live. They will certainly look carefully at where they will tour. For example, the Ukraine had been on many European tour itineraries until the hostilities. Likewise, Russia has dropped off of most tours in recent years, for a variety of reasons. Many artists have certain political or moral standards and so are reluctant to visit certain countries as a result.

However, it seems that where one territory drops away another is found to replace it. Of course, much also depends on the economic climate as well. Exchange rates definitely play their part in that. For example, US artists earning income in UK pounds or euros will see a fall in their dollar equivalent or, conversely, it will be more expensive for British and European promoters to contract US artists. Conversely, UK artists’ euro or dollar incomes will be worth more, so it will be good for UK entertainment exports.

What’s the biggest challenge facing a travel company like yours at the moment?
Heightened security requirements in Europe, with terrorist incidents and alert. Last year France suspended EU borderless arrangements, checking all passports on arrivals and departures, even on intra-Schengen flights.

Airports are increasingly restricting night flights, which makes it more difficult to fly artists after show to their next destination.

We have also seen touring group sizes increase, so availability of suitable larger-capacity corporate-layout aircraft is often an issue. And, as previously mentioned, the as-yet unknown issues from Brexit are likely to be a challenge in the coming years.

Finally, you say in 23 years Premier Aviation customers have never missed a show. What’s your secret?
Attention to detail! Careful choice of suppliers and careful planning. Our expertise, resources and ability to respond at short notice to any eventuality.