Martin Holmes of Bergen Live in Norway emphasises that our shows and events are, as ever, open to risk from fire and other dangers, and that we must remain vigilant 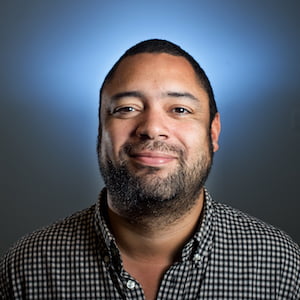 Over the last few years, there have been several tragic club fires with extremely high casualty rates, and even though the Ghost Ship in Oakland has been branded as an artist collective, it bears too many similarities to previous club fires for us to avoid discussing dangerous venues and sites. As I write, the death toll in Oakland has risen to 36 and the search for bodies has still not finished.

No official cause has been determined, but illegal residents, illegal parties, and too few and inadequate egress routes all contributed. These types of incidents are massive tragedies with no easy answers, and they are nightmarish scenarios for promoters, authorities and patrons alike.

In the UK, guidance specifically related to the important issue of fire prevention, was published after two serious incidents: the Summerland disaster in 1973, in which approximately 50 people died; and the Stardust in Dublin, where there were 48 fatalities, in 1981.

Unfortunately, not all other countries have followed suit.

It is just over a year since the tragic fire at the Colectiv club in Bucharest, Romania, where the illegal use of pyrotechnics led to the loss of 26 lives on-site and 38 others who later died in hospitals, making the total death toll 64. The incident sparked political demonstrations aptly named the Colectiv Revolution that eventually led to the resignation of the sitting government at the time.

The greatest risk for indoor venues is still that of fire and toxic smoke, and historically, the illegal or wrongful use of pyrotechnics. Locked exits or insufficient egress capacities and overcrowding are other common denominators for several of these high casualty incidents.

Fireworks started some of the deadliest nightclub fires in the world: in the US, The Station nightclub fire in Long Island (2003), killed 100 of the 462 people attending the show. Pyrotechnics set off by the band ignited sound insulation in the walls and ceiling around the stage, quickly engulfing the entire venue. At the República Cromañón in Buenos Aires, Argentina, 194 people died in 2004, following the use of a flare; and in Brazil, 242 people died of similar reasons in 2014. All of the above mentioned cases also had too many guests inside the venue at the time of the incidents (the worst example being in Argentina where they sold 3,500 tickets prior to the event, at a venue that was licensed for 1,041 people. It was estimated that an additional 1,000 people entered the premises before the incident occurred.)

“If you can’t get people out in time, don’t bother trying to get them in”

Looking at this from a pan-European perspective, we have even greater challenges, with different judiciary systems, different licensing laws, and in some countries, even a lack of licensing laws in terms of events. The kneejerk reaction of authorities in the wake of such events is to pass more, and often stricter regulations on venues and event organisers. Another problem is that said rules and regulations are very often made without any input from the industry or the industry practitioners, with the end result often being rules that are irrelevant or impossible to uphold.

So what can we as event organisers do?

Get involved
Interact with authorities and give them input on rules and legislations.You are the industry experts, but if you do not speak up, no one will listen. Voice your opinions at official hearings, and engage in dialogue with the licensing authorities.

Don’t cut costs on safety
In this day and age, there is a lot of pressure when promoting and producing shows. There is a demand for profit and the events we put on are scrutinised and measured from an economical perspective. But, cutting costs on health and safety leaves us vulnerable to serious incidents, and at the end of the day, the industry will lose more in terms of both reputation and revenue when struck by tragedies.

Make sure your venues are fit for purpose
As one of my old lecturers said: “If you can’t get people out in time, don’t bother trying to get them in.” Can the room hold the intended capacity? Does the venue look safe? Are the venue’s personnel well trained?

Use your experience and trust your instincts
As readers of this publication you have probably been putting on events for a long time. That gives you invaluable experience and knowledge of the live event industry. If something seems ‘off’ to you, act on it. Your gut feeling is very often your experience subconsciously reacting to an anomaly or an incorrect procedure. When in doubt, ask someone, or bring in a qualified person to answer your questions. In my experience, you are most likely to be right in your assessment that something is wrong. Trust your instincts, you owe it to yourself, your colleagues, your employees, your patrons, and the artists they pay to see.