It’s all a matter of perspective

Ivana Dragila, until recently editor of MusikMarkt and now online marketing manager for eps, reflects on her new industry role as your friendly neighbourhood mole… 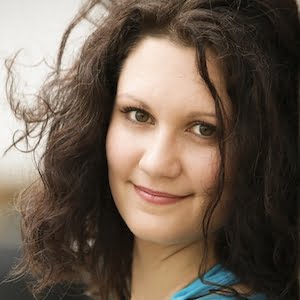 They’re crap. Crap, crap, mega-crap. I’ll give you two hundred bucks for all of ‘em.” All superhero fans will remember this quote from the movie Spider-Man. It was said by J. Jonah Jameson, editor-in-chief of the fictitious Daily Bugle, as he explains to Peter Parker that his shots of Spider-Man are not worth paying for (although they are brilliant, of course, since they are basically selfies).

Just a scene from a movie? A comic, you might say? Yes, but Jameson is a prime example of a media representative that is always trying to get the best he can in order to boost the newspaper’s circulation while saving money. Exclusive photos, catchy headlines and great stories are key in the world of media. Especially nowadays, in the digital world, when everyone is in a hurry. Journalists, editors and publishers are always trying to get more clicks, attract more readers and be faster than the competitor.

This was my reality for about six years, when I was editor for the German music business magazine Musikmarkt. Looking back, I wonder how often I complained about bad pictures, boring information, or about readers’ unwillingness to click on an article I’d worked so hard on. Always under pressure, trying to be as fast as I could, selecting the right information from tons of emails received every day, making sure nothing was missed.

I often felt like I was an outsider, someone who was not allowed to be right up there with the front runners or be part of the game; or appreciated for my knowledge of the industry, but at the same time feeling like a spoilsport, someone who is tolerated but not really accepted. Just look around you at your next conference and ask yourself whether you’re willing to give media representatives some exclusive information.

After all, everybody wants to be an insider – like Peter Parker. Someone who knows all the stories, who is directly involved. A real hero who’s trying to ‘save’ the world, to show people what’s really happening behind the curtains. Yes, in a way, being a mole in order to get the best information possible.

Sounds like every journalist’s dream – and indeed, it is. But it is also the dream of every reader. There’s nothing more boring than reading paraphrased press releases presented as ‘news’, or companies’ self-promotion disguised as news items. We want to be entertained and we want to be informed at the same time. I’m sure everybody will remember The great ticket swindle news item from 2012, which showed the unfiltered truth about the highly immoral business methods of Viagogo and Seatwave in the UK.

When Musikmarkt had to close down in July this year, my dream finally came true: I became a mole – or something like that… I’m now in the middle of the industry, working as an online marketing manager for the German infrastructure service company eps. But I just entered the molehill, and I’m currently looking at what’s going on in the first tunnel.

Would you like to know what I see? The same world of live entertainment I’ve seen before – just from a completely new perspective. Now it is me who receives newsletters and new articles from the industry and is often unwilling to click on them.

I have to admit that I often smile when I read the news, as I understand the thoughts and aims of the journalists that wrote it. And sometimes, surrounded by touring plans and CAD drawings for festival sites or venues, I wonder why some news is even considered news, as I’d known about it for weeks or even months before. And no doubt, having been a journalist, it is easier for me to prepare PR campaigns or talk to former colleagues from the editorial or sales departments, as I understand their needs.

That’s the key point for every one of us: changing perspective, staying curious in order to learn more about the people around us and trying to think like the people we work with – whether that’s a colleague, a promoter, the management, a service provider, a journalist or just a music fan attending our festivals or concerts.

So I hope you will all stay curious about the industry, and I look forward to seeing you all soon!